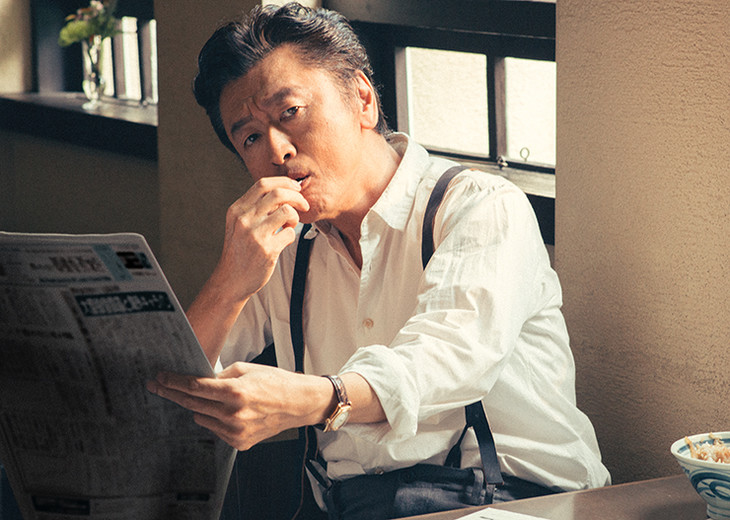 Popular singer/songwriter Keisuke Kuwata will be releasing his latest single “Kimi e no Tegami” next week on November 23rd.  Though he has already published the music video for the single’s lead song to his Youtube channel, he has now followed up by uploading a PV for B-side “Itazura Sarete” as well.

This video stars actress Ryoko Hirosue and was designed to be reminiscent of the suspense-driven dramas which were popular in Japan during the 1970s.  To quote Kuwata, he wished to create a music video that could have been the trailer for a film or drama based on the crime novels of Seicho Matsumoto.

Read on below for a peek at this rather uniquely retro PV and look forward to the release of Kuwata’s new single next week!