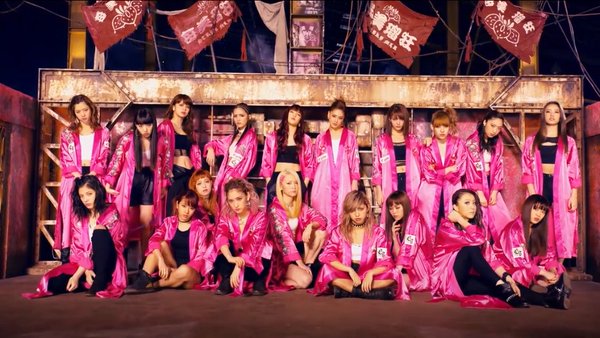 On June 15, EXILE TRIBE will release the album “HiGH&LOW ORIGINAL BEST ALBUM.” This album is one part of LDH’s ambitious multimedia project “HiGH&LOW.” The album will feature songs by the likes of Sandaime J Soul Brothers, GENERATIONS, ACE OF SPACES, DOBERMAN INFINITY, E-girls, and THE SECOND from EXILE. It will also feature special appearances by V.I (Seungri) from Big Bang and Far East Movement.

Today, E-girls released the short music video for their contribution to the album, “STRAWBERRY Sadistic.” The song has a rockier sound than the group normally has and features the members as gang members facing off. Check it out after the jump!