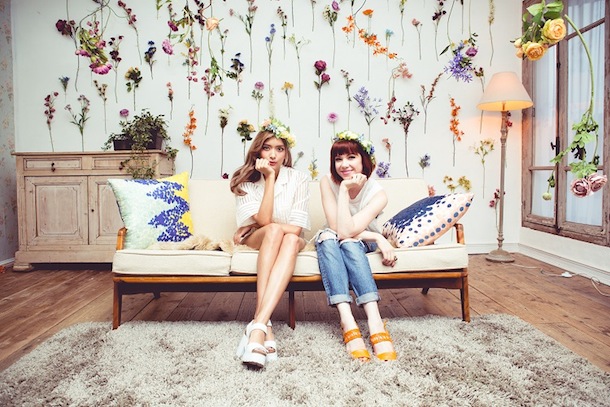 Carly Rae Jepsen’s career took off in 2012 with the worldwide hit “Call Me Maybe.” Last year, it was certified Triple Platinum for digital sales in Japan, meaning that it sold 750,000 copies digitally since its release. The album “Call Me Maybe” was from, “Kiss”, sold about 350,000 copies in Japan.

One of the fans of “Call Me Maybe” was Rola. She did a YouTube video cover of the song which amassed millions of views. Carly saw the video and the two eventually met.

They’ve now reunited for a special video for Carly’s new song “I Really Like You.” Carly was in Japan recently promoting the song. She’s appeared on shows such as “Sakigake! Ongaku no Jikan” and “Buzzrhythm.” The song has been doing well digitally, becoming a mainstay on the Recochoku and iTunes Top 10 for the past few weeks. The new “I Really Like You” video features Carly and Rola hanging out and partying. Check it out after the jump!