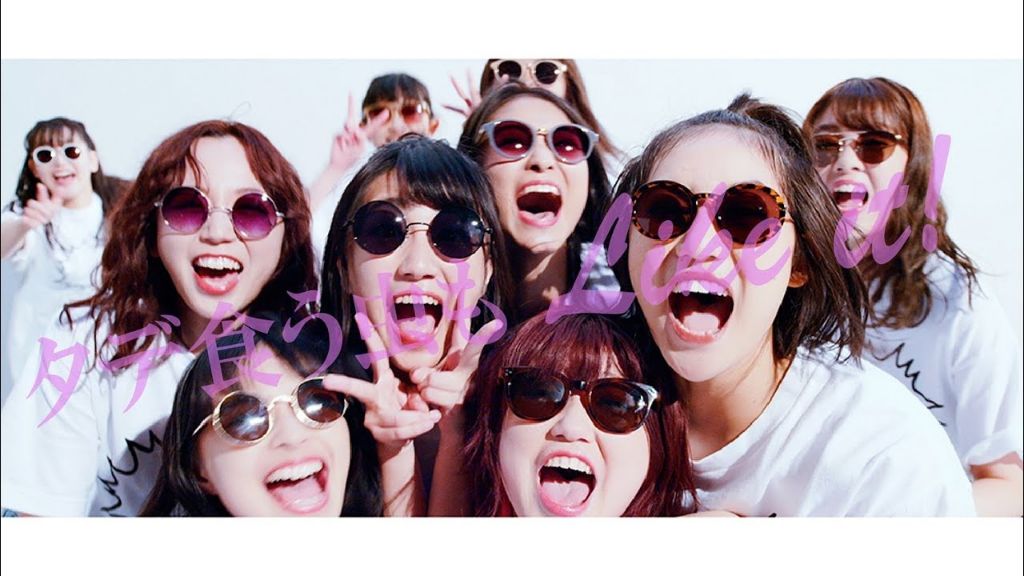 Hello!Project group ANGERME has returned with their 2nd single of 2018, a double a-side called “Tade Kuu Mushi mo Like It! / 46-Okunen Love“

The groups official YouTube page has uploaded the full MV for “Tade Kuu Mushi mo Like it!”

The setting of the MV primarily takes place on top of a buildings roof, which serves as a “stage” for the girls. As the MV progresses the girls are seen doing various miscellaneous tasks like playing with a stuffed animal, drinking bubble tea, playing cards, eating an apple, and…carrying books.

Throughout the MV we also see the girls in a white room wearing matching t-shirts with blue jeans, dancing and fooling around. The lyrics encourage people to like what they like, so many people have different tastes and it should be celebrated even if it’s not cool. “Isn’t it OK to be laughed at?”