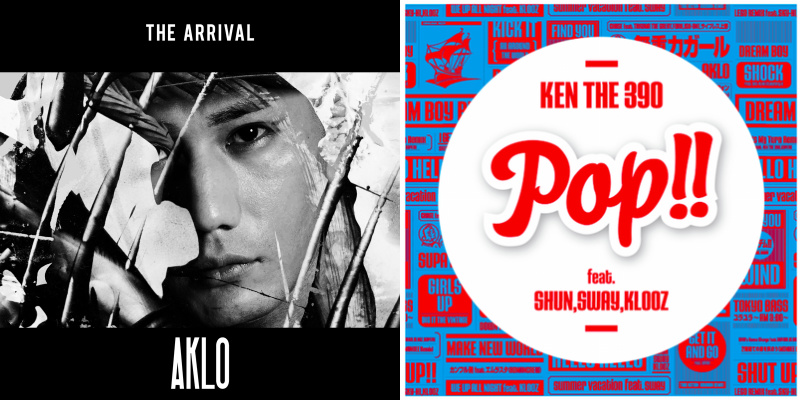 Rappers AKLO and KEN THE 390 have recently revealed the music videos in support of their forthcoming projects. As previously reported, AKLO is set to release his second album “The Arrival” on September 3. He has released the music video for the album’s second track, “Break The Records.” KEN THE 390 has teamed up with fellow rappers SHUN, SWAY, and KLOOZ for the song “Pop!!” This song is promoting DREAM BOY MUSIC’s mix cd “DREAM BOY BEST MIX Vol. 1.” The mix cd will feature various tracks from the label’s rappers: KEN THE 390, KLOOZ, KOPERU, and YURIKA. Check out the videos after the jump!

AKLO’s video was shot on location in Barcelona, Spain.  We also now have new details on the Tower Records edition of “The Arrival.” We previously reported that this edition will feature a remix of “Break The Records” featuring 2 secret guest stars. Those guest stars have been revealed to be rappers KOHH and KAN.

“Pop!!” was released digitally on August 6 as was the before mentioned mix cd it is promoting.