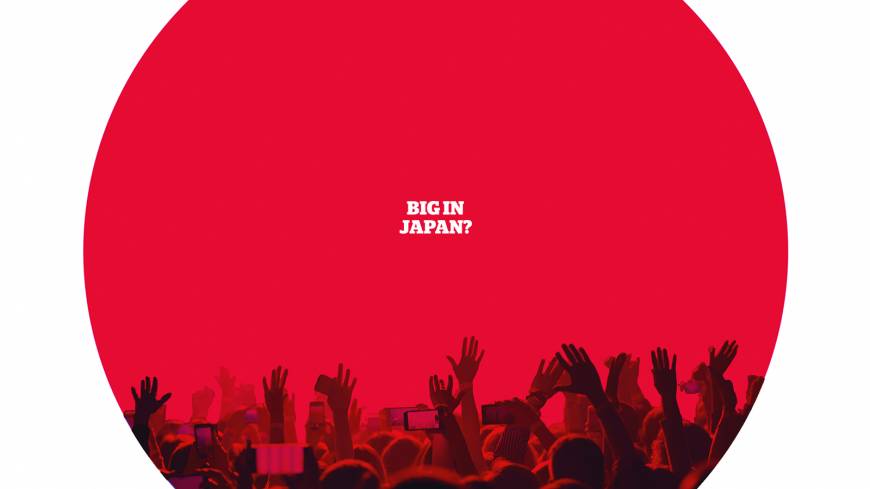 From Mariah Carey and Avril Lavigne to Lady Gaga and Carly Rae Jepsen, everyone that follows the Japanese music industry knows that Western artists do have a place in it. But that place is shrinking due to a number of reasons.

In the past, when music was only sold via physical formats, international artists and labels would license their music to be sold abroad, so that it could be marketed in such a way that appealed to local tastes. This is one of the reasons Japanese editions of Western albums became a thing. Dedicated Western fans of Western acts still clamor for these editions due to their exclusive bonus tracks and special packaging.

But this practice of licensing music by international acts overseas is coming to an end as a result of the globalization of the music industry. Labels are now holding onto the right to their music and marketing it overseas how they see fit, even if they are unfamiliar with how to do so.

In order for artists from abroad to be successful, Jonny Thompson, a former employee of Warner Music Japan and currently general manager of the international division of Japanese music publisher Nichion, says that they “have to show up whenever they release an album and tour and do things like TV, which is still important in Japan.”

Thompson says many international artists only want to interact through their music, and while the music itself is the eventual draw, “artists have to play by the local rules, and many don’t want to.”

A good example is Adele, one of the biggest selling recording artists worldwide in recent years. However, her Japanese sales to date have been relatively low.

“It would have taken an investment of time and resources to make Adele popular in Japan,” says Archie Meguro, who works for an international entertainment company. “It doesn’t matter if she sells a zillion albums overseas — Japanese people don’t care about that anymore.”

In contrast, Lady Gaga, Taylor Swift, Ariana Grande, Bruno Mars, and Carly Rae Jepsen are all very popular in Japan because they have made an effort. They have visited Japan and interacted with fans and the media through concerts and promotional activities.

The difference is that all five artists were designated as “priority” artists by their respective major labels, and while local marketing and A&R (artists and repertoire) staff handled the promotion here, the strategy was overseen by the global head office. These days, there’s little local promotion of international artists who aren’t prioritized by their record company’s headquarters.

Touring Japan is even becoming more difficult now. International artists are going to have a tougher time getting noticed in Japan unless they are invited to tour by a concert promoter. “It’s now so cost prohibitive for promoters to bring artists into Japan,” Thompson says.

Many artists make most of their money now by touring rather than record sales, and with Japan’s notoriously expensive hotels and transportation, exacerbated by fluctuating exchange rates, ticket prices for international acts have skyrocketed in the past decade. Thompson says that Japanese promoters used to be successful at negotiating fees down because so many artists wanted to play Japan. “But now the artists can go somewhere else and make three times as much money,” he says.

Another reason for the shrinking fortunes of Western acts in Japan is the change in the radio industry. In the 1970s, Japanese pop was monolithic. Everyone liked the same artists and listened to the same songs, because the media and the music industry were symbiotic. For those who wanted something different, there was foreign music, which was easy to promote because it was the only alternative. “TV pushed Japanese pop,” says Tadd Igarashi, a veteran music writer. “Whereas FM radio almost exclusively played foreign music.”

Until the late 1980s, Tokyo had only two FM radio stations, but they became the preferred media for more worldly music consumers. Igarashi says that through the 80s and early 90s many FM stations encouraged on-air talent to be as free as possible. “We would play everything,” he recalls. “Advertisers were not concerned with selling products. They were more interested in selling an image of being hip and cool, and that image was associated with foreign music.”

Up until the 1990s, the market for recorded music in Japan was roughly 75 percent domestic, 25 percent international. The gap has only widened over time.

Some in the industry argue that this shift is more about the changing face of domestic music, which has become more diverse and sophisticated, as well as the increasingly insular nature of Japanese youth, who seem uninterested in foreign things.

Streaming services remain a sticking point for the domestic music industry. Spotify, the world’s biggest music streaming service, took forever to launch in Japan owing mainly to negotiations with Japanese record labels over domestic content. Now that it has officially been launched and is competing with other streaming services that were already up and running, no one seems to know what to make of it.

Keitaro Sumii, head of the international division at Warner Music Japan, is especially doubtful. “The numbers (so far) are limited,” he says. “Japanese people aren’t really comfortable with the concept of all-you-can-eat. They just want to pay for what they want.”

According to Thompson, however, international record companies are happy with Spotify, and not just because it cuts down on piracy. All an international label has to do these days is make a worldwide deal with Spotify — there’s no need to negotiate with individual territories. “Because of the worldwide homogenization process, labels can collect income directly from streaming services,” he says. “International artists are licensed globally now. That wasn’t the case before.” Consequently, major labels have even less incentive to promote artists on a regional basis.

“We get good revenues from streaming for people like Justin Bieber, but it isn’t reflected on the charts,” says Masaya Inokuchi, managing director of Universal International. “It’s difficult to understand the nature of a song’s success. We’re making money, but we don’t really know how much each artist is earning.”

The full Japan Times piece can be read here.