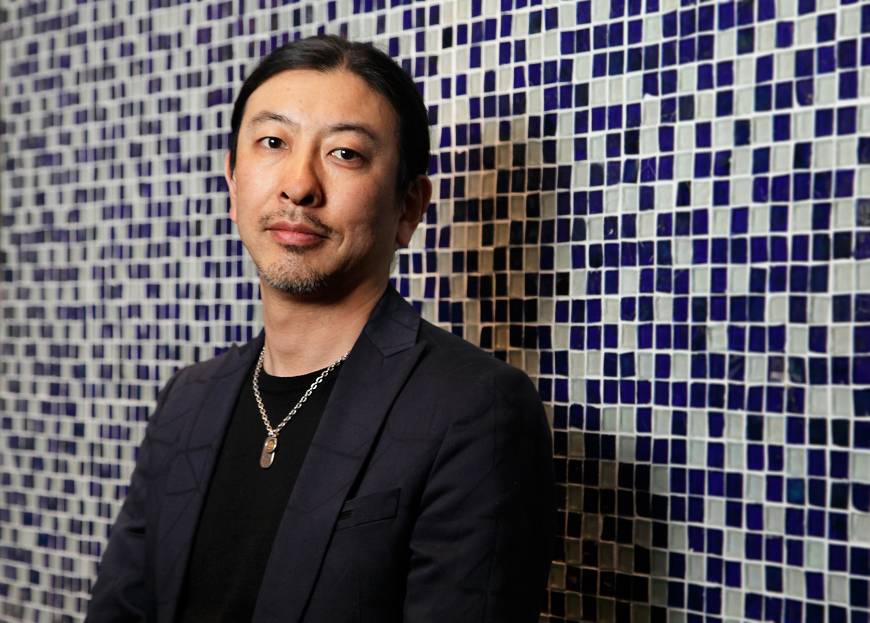 Suzuki Ryoma, the founder of Warner Music Japan’s sub-label unBORDE, recently sat down with The Japan Times for an interview. In the lengthy piece, several topics were discussed, including the Kawatani Enon / Becky scandal, unBORDE’s 5th anniversary, and the evolving music industry.

“The Gesu scandal has been crazy,” Suzuki says about a minute into the interview at the unBORDE office in Tokyo’s Aoyama neighborhood, punctuated with the sort of laugh born from dealing with a frustrating situation everyday. “I’m hoping this can be a learning experience for us. Look forward to me telling you what that is.”

Kawatani’s scandal has been time-consuming, to say the least. He’s not shy to talk about it in abstract — he brings it up before the actual interview begins — but shuns details as “it’s all still unfolding.” He does say he heard of it three days before it was published, and disagrees with the idea that the exposure has helped Gesu.

“That is totally wrong. We were promoting to sell even more than what we did, it’s clear to me that this has worked against us,” he says.

It’s a rare moment of uncertainty for a label that has excelled at being ahead of the curve. While the domestic music market shrinks every year — in part to a stubborn resistance to change — unBORDE has embraced the potential of websites such as YouTube, while creating a roster of eclectic artists meant to appeal to as many listeners as possible. The whole spectrum of unBORDE will be on display at its 5th anniversary celebration on April 10, from big names such as Gesu no Kiwami Otome. and Kyary Pamyu Pamyu to more left-field names such as Shinsei Kamattechan and tofubeats.

“As their artist, I think they watch over us carefully and work with each of us very well, even though we’re on a major label,” Kawai Yusuke (aka tofubeats) says via email.

“When it comes to signing artists, it really comes down to what I like,” Suzuki says. He’s always loved music, and spent his formative years in a rockabilly-inspired band, but says he eventually realized he didn’t have the chops to go pro. “But I was always into the entertainment industry. I wanted to become someone who backs up what musicians were doing.”

Suzuki would have to wait a while to do that. He initially joined Sony Creative Products in the early 90s, where he spent four years exporting anime to the rest of the world. After a two-year break spent traveling around the world — “I timed it with the World Cup in France” — Warner Music Japan asked him to join its team in an effort to adjust to changes happening in the Japanese music industry circa 2000.

“Japanese music was undergoing a lot of changes, you had all the female R&B singers, they were really coming up,” he says, referring to acts such as Utada Hikaru and Ayumi Hamasaki. Yet Suzuki’s big project came as managing promotions for then-burgeoning rap outfit RIP SLYME, whose releases last decade moved hundreds of thousands of units (and who were among the first acts on unBORDE). “Prior to that it was about rock and pop and some traditional Japanese sounds. It was changing in a way incorporating more and more Western styles.”

unBORDE came to life as a sub-label at Warner in 2010 due to industry changes. Suzuki says by that time, getting an artist capable of selling like artists did a decade earlier was a deeply difficult task.

“Instead, I thought to aim to get 10 artists who combined could make a million in overall sales,” he says, adding that he thinks larger labels sometimes bank too much on luck with one artist to do well. “It’s like gambling.”

It was a zig-zag away from the then-emerging idol model favored by AKB48 (and picked up by most major labels), which relied on milking all they could from die-hard fans of one outfit. Suzuki says taking a “360 degree” approach to the business helps — merchandise and concerts are just as important to unBORDE’s bottom line — but used a diverse lineup to make it work.

He says unBORDE looks for artists who don’t sound like anyone else around, pointing out the imprint’s name roughly translates as “the edge” in Spanish. They also allow artists to roll the dice on ideas that might not sound immediately like conventional hits.

“I’m appreciative they made my dreams come true, like letting me collaborate with Chisato Moritaka and Takashi Fujii,” Kawai says, referring to songs he did with a ’90s JPop star and comedian, respectively. Both ended up among his most popular releases.

Suzuki’s smartest move, however, was scouting acts who also had a strong visual image. Arguably Unborde’s best pick up has been fashion-model-turned-pop-star Kyary Pamyu Pamyu, whose eye-grabbing music videos on YouTube have attracted more attention than her music would have alone. Whether a shrewd move or by luck, this approach predicted the way most fans — anywhere — come to music now. Last year, Gesu’s clip for “Watashi Igai Watashi Janai no” was the most-watched Japanese music video on the service.

“Physical album sales are still pretty strong in Japan, so I like the idea of using lead songs on YouTube as album promotion,” he says. unBORDE uses YouTube as a jumping off point to Amazon, which Suzuki believes has taken the place of Tower Records or HMV as the go-to place for fans to buy CDs. He’s also keeping an eye on streaming services such as Apple Music and LINE MUSIC, though he thinks for those to be worthwhile for labels, they need to “make the pie larger” by attracting more subscribers.

For all his talk about music industry economics, Suzuki thinks Unborde’s greatest accomplishment has been establishing its own brand.

“I feel like I’m reconstructing the idea of music labels having a sort of guarantee that they will deliver good music,” he says, before invoking names like Motown and Creation Records.

Part of any personal frustration might stem from one element he thinks separates unBORDE from the major labels. Whereas bigger places can often feel impersonal, Suzuki says, “We only have 15 artists, we are small. I want to be responsible for them and their futures, and I want to raise them. I always want this to be something where we can see one another face to face.”