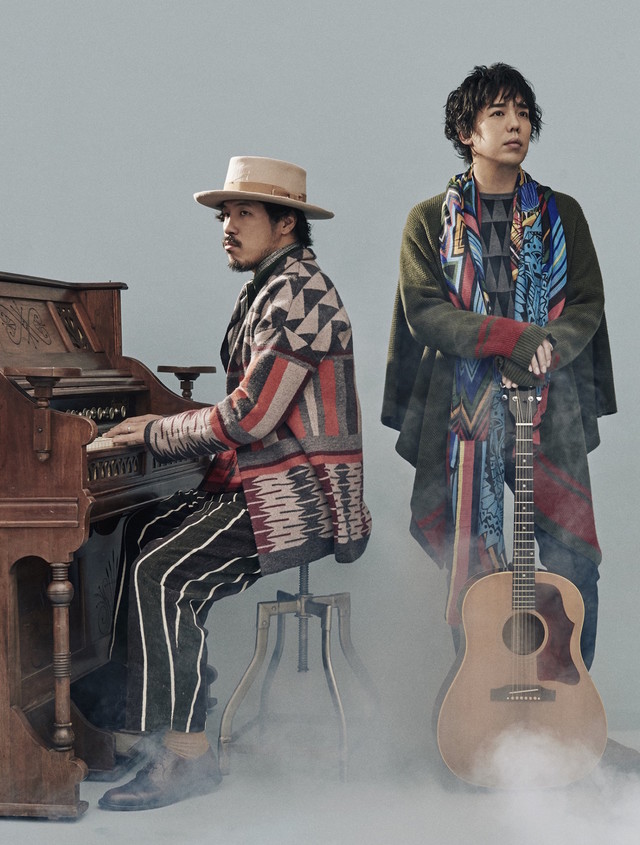 Pop/fusion duo Sukima Switch recently announced that they will be releasing a new studio album titled “Shinkuukan Algorithm” next year on March 14th.  Their first such release since their self-titled set in 2014, “Shinkuukan Algorithm” will be released in three different versions, with the Limited edition to include a DVD containing the era’s music videos and other special content, and the Deluxe (Fanclub-Only) edition to add a series of live performances selected by the members.

This new record is currently planned to include 10 songs in total, including their previously released tracks “Ricerca” and “Sayonara Escape”, as well as remixes of singles “LINE” and “Mr. Kite“.  In support of the release, Sukima Switch will also be embarking on an extensive live tour starting in April of next year.

Read on below to find the duo’s commentary on the announcement, and look forward to more details on “Shinkuukan Algorithm” being revealed as its release date draws closer.