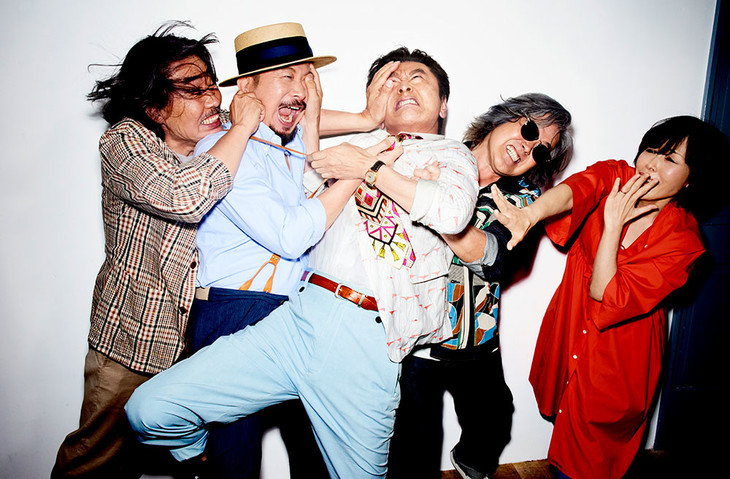 Last month popular rock band Southern All Stars released their first new song in three years, “Tatakau Monotachi e Ai wo Komete”, as a digital single.  Now the group have published the full-length music video for the track to their Youtube channel.

Notably, this PV is the first in SAS’ repertoire to be fully animated, featuring a stylized and somewhat tongue-in-cheek version of Japan.  The video itself centers around the struggles of salarymen and the larger survival competition that is daily life, portraying both to exaggerated effect as they attempt to show that there is a bit of darkness in everyone’s heart.

“Tatakau Monotachi e Ai wo Komete” will be included on the band’s upcoming compilation album “Umi no Oh, Yeah!!“, which is scheduled to be released on August 1st.  In the meanwhile, you can find the full PV for this track right after the cut.