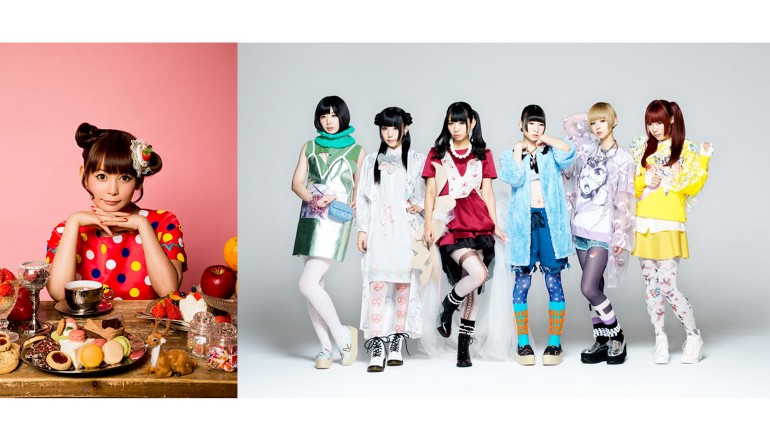 Singer Shoko Nakagawa’s 2-year dream of working with 6-member idol group Dempagumi.inc have come into fruition! Together, they are set to combine their mutual love for video games and anime with a brand new collaboration unit called “Shokotan❤Dempagumi“.

The unit’s song “PUNCH LINE!” is due out April 29th. The song was written by Kenichi Maeyamada, known for his famous Nico Nico remixes and frequent collaborations previously with Dempagumi.inc as well as Momoiro Clover Z and SMAP.

The infectious and repetitive pop tune will be used as the opening theme for upcoming slice of life comedy anime “Punchline“. The series follows main character Yuuta Iritatsu, whose spirit has been separated from his body.