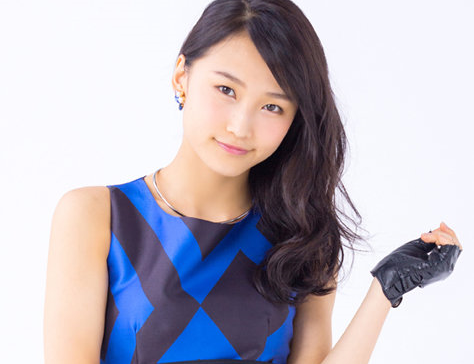 It has been announced that Sayashi Riho will graduate from Morning Musume. ’15 on December 31st, 2015, just two days shy of the 5th anniversary of her entrance into the long-running idol group.

In January 2011, Sayashi was one of four girls chosen to join the group’s 9th generation and made her debut with the song “Majidesuka Suka“. Touted as the ace, she was pushed into becoming one of the group’s central figures and one of the main vocalists; essentially the face of the group, especially since Sayumi Michishige’s depature from the group in 2014.

Achieving her life-long dream of becoming a member of Morning Musume, she felt it was time to move on and continue to develop her skills. Sayashi will remain within Hello! Project following her graduation, but has plans to study abroad to improve her English and dance with plans to return as a performer at a later date.

Sayashi made this announcement through a post on her personal blog last night:

Thank you for your continued support towards Morning Musume。’15.

I have to make an announcement to all of you.

I, Riho Sayashi,
Will graduate from Morning Musume。 on December 31st of this year.

Since kindergarten, I wanted to take part at the group Morning Musume。 and I became a member when I was 12 years. During 5 years, I started with Tsunku♂-san and continued until now with the support of many staff, with all the Morning Musume。 and Hello! Project members, and more than anything, with the fans.

However, I thought during this year many times about continuing like this in my future life.
As a human alone, I started to think if there were things that I have to experience in order to live strongly?

I have discussed many times with the people of the company, and I decided to graduate after I checked the growth of the 12th generation kohai this year.
Concerning the day of my graduation, I had the privilege on deciding the graduation on the last day of the “Morning Musume。’15” on December 31st during the Countdown Live.
Concerning the Morning Musume。’s tour, the last performances will be on December 7th and 8th at the Budokan.

I am really sorry for the abrupt news.
I think this is quite a surprise.
But until now, inside of me, it has worried me.
And it has led me to this decision.

From now, I think I want to study abroad and learn more English and dance.
Then with those experiences I will mature much more, and I will try my best to come back as soon as possible.

There are 2 months left until then, but until this moment with all the members I will do everything we have to do for “Morning Musume。’15”.

Until December 31st, I want to run through everything with all my power so please continue to support me!

Hello! Project and C-ute leader Yajima Maimi took to her blog to comment on the surprising announcement: “For everyone, I’m sure that it’s sad and you can’t overcome your feelings when a member you support graduates, but I think deciding to level up your life experiences and skill is a really positive thing.“

The concert event celebrating the New Year and Sayashi’s graduation will take place on December 31, 2015 at Nakano Sun Plaza.