This week, we have a a special edition of Oricon Flashback, involving Tetsuya Komuro. His name is synonymous with 90s JPop. He wrote for and produced a number of acts that achieved great success during this period. 1996 was his peak year. He achieved a special feat when the Oricon chart for the week of April 15 was released: he was the writer and producer for all of the singles in the top 5 on that week’s chart. This is a world record. In this special edition of Oricon Flashback, we will look back at those 5 singles. 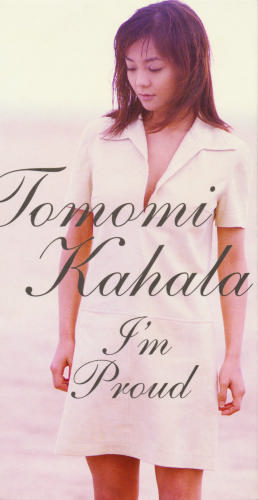 “I’m proud” was Tomomi’s third single. It was used as TBC’s Tokyo Beauty Center The Lady Aesthetic CM song. It was her second single to sell a million copies. In 1996, “I’m proud” sold 1,372,420 copies, making it the eighth bestselling single of the year. It is Tomomi’s best selling single, with 1,390,440 copies sold. The song was nominated for the Japan Record Award that year. Tomomi made her Kohaku Uta Gassen debut that year with the song.

An aside: One thing to know about Tetsuya Komuro was that he was involved with a number of his female proteges. During this time, he was dating Tomomi. This is after he had her change her name from “Tomomi Shimogawara” so that their initials would match.

Another aside: Komuro married vocalist in 2002.

“Baby baby baby” was dos’ debut single. This short-lived group (they had 3 singles and 1 album, all in 1996) was created by Komuro via auditions on the TV show “ASAYAN”, in hopes of creating a Japanese version of the American R&B group TLC (this video is basically an homage to “Creep”). It was composed of former idol Nishino Taeko (taeco while in dos), dancer / choreographer kaba (now known as KABA-chan), and dancer asami. “Baby baby baby” was used a Shiseido CM song. In 1996, “Baby baby baby” sold 493,390 copies, making it the 53rd bestselling single of the year. They were nominated for the Best New Artist at the Japan Record Awards that year.

Another aside: after the demise of dos, Asami, the female dancer in “Baby baby baby”, formed the unit TRUE KiSS DESTiNATiON (later KiSS DESTiNATiON) with Komuro. They married in 2001 and had a child. They divorced the following year and KiSS DESTiNATiON was dissolved. Asami re-debuted a few years later as a R&B soloist, and now leads the group BLUE MOON BOO. In 2008, Komuro was arrested and charged with fraud for taking ¥500,000,000 from an investor as part of a deal to sell the copyright of his songs to him. The problem though was that Avex already owned the copyright to the songs. Komuro planned to use the money in part to pay Asami’s alimony. 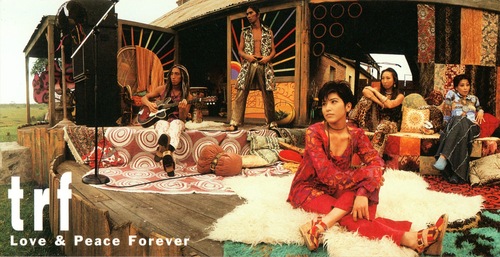 So Arama! Japan readers, would you like to see another producer have this sort of control over the scene today? And what do you think of Tetsuya Komuro’s music? Do you have a favorite song by him? Also: