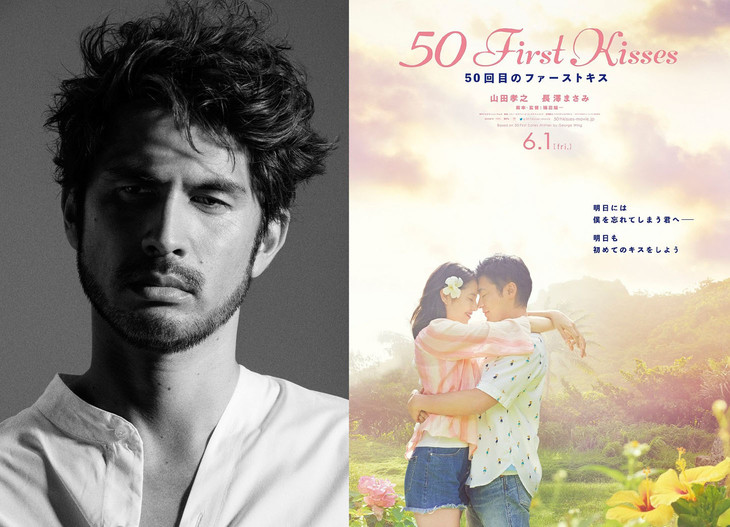 The full trailer for romantic comedy film “50 First Kisses” has been released to YouTube, featuring brand new song “Todokanaikara” by Ken Hirai as its theme.

The film follows Daisuke Yuge—played by Takayuki Yamada—studies astronomy and works as a tour guide in Hawaii where he meets Rui Fujishima—played by Masami Nagasawa—at a cafe and falls in love with her at first sight, but Rui Fujishima suffers from memory loss due to trauma from an accident.