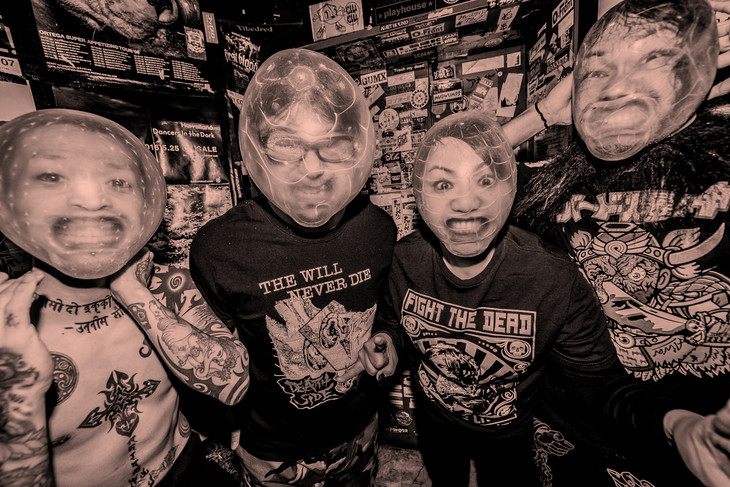 Earlier this week, popular metal band MAXIMUM THE HORMONE announced that they would be suspending their live activities while member Daisuke-han receives surgery for a severe herniated disc.  Scarcely a day later, the group have chosen to upload a music video for track “Haikei VAP-dono”, or more simply “VAP” – their first new song in over five years.

One of the more lighthearted entries into the band’s catalog, “Haikei VAP-dono” is notably sung almost entirely in a strange language the group have claimed originates from “Planet Ryo” – as only singer/guitarist Ryo Kawakita seems to be able to understand what it means.  As best can be gathered, the track appears to be suggesting that the group will be transferring labels from VAP – whom they have been with since going major back in 2004 – to Warner Music Japan, and intend to release new material in November (or sometime close to that).

You’ll find the festive music video for “Haikei VAP-dono” below, and look forward to additional information about MAXIMUM THE HORMONE’s upcoming activities as it is made available.