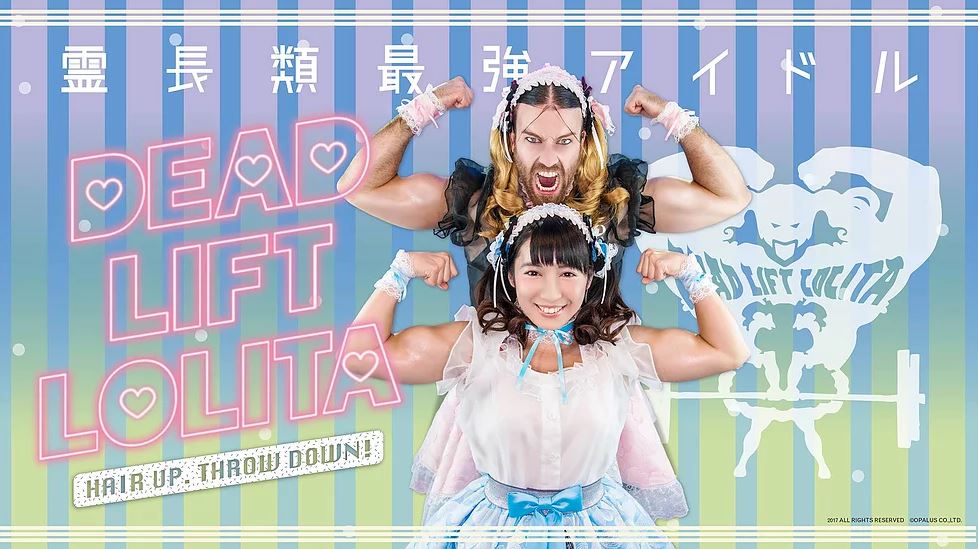 The strongest idol unit ever has arrived! Consisting of 2 active pro-wrestlers, gym junkies and kawaii idols, DEADLIFT LOLITA is here to redefine the meaning of kawaii.

Ladybeard is the persona of 33-year-old Australian wrestler Richard Magarey, originally from Adelaide, who moved to China in 2006 to kick-start his martial arts stunt career in films, later becoming a hit in Hong Kong as a cross-dressing pro wrestler. In October 2013 he moved to Tokyo to take his career to the next level as part of the idol group LADYBABY, now known as The Idol Formerly Known as LADYBABY following his departure.

The new duo is set to perform 4 original songs at their debut live show on April 5, and in this new venture, Ladybeard’s trademark Kawaiicore screams are complimented for the first time by his clean voice singing.

The songs are written by the songwriter Shade, writer of the theme tunes for numerous Bishojo games, and ISAO, the highly skilled 8-string guitarist who has performed with many famous local and international artists including BABYMETAL.

DEADLIFT LOLITA’s debut song “SIX PACK TWINS” will be released on March 31. A short preview for the song is available on the group’s official website.