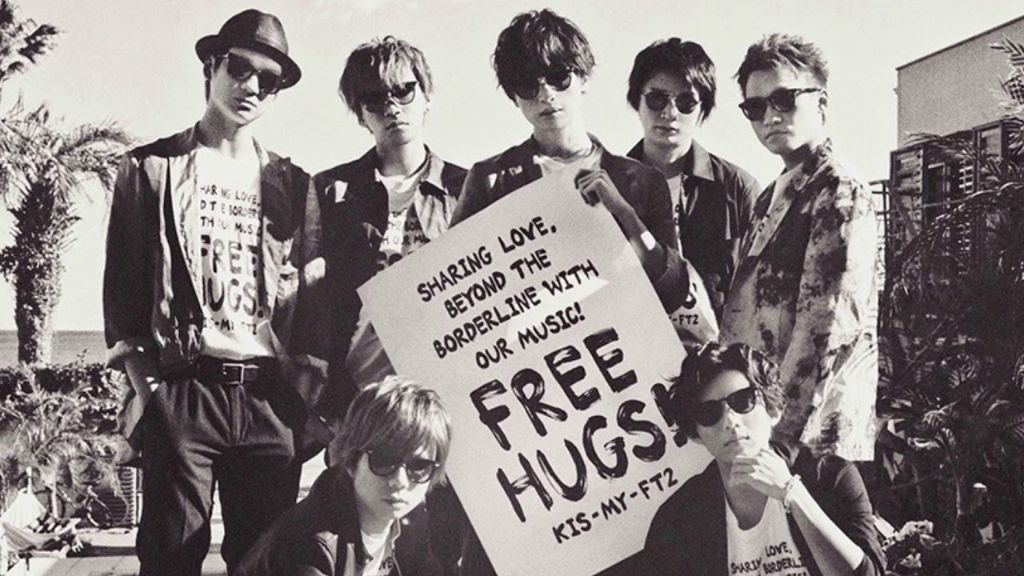 Johnny’s group Kis-My-Ft2 has released their 8th studio album! Known for their “unique” name, the group decided to go with an equally unique name for their new album.

“FREE HUGS!” was released on April 24th, 2019. The groups hit singles “Kimi wo Daisuki da” and “Kimi Boku” are on the album, along with a plethora of new songs bringing the tracklist total to 15. One of the big highlights for fans is a new song both written and composed by Kis-My-Ft2 member Hiromitsu Kitayama.

Fans have three options when purchasing the album. A standard CD only, and two limited edition CD+DVDs.

Limited edition A is housed in a sleeve packaging, and comes with a 28 page photobook. The DVD will feature two versions of their MV for “HUG & WALK”, and special footage called ” Episode of FREE HUGS! ～Overseas shooting～ “.

Limited edition B comes with an exclusive song called “CHUDOKU”, a “bookcase” with 8 photocards, and a 20 page photobook. DVD content features footage from the variety show “KIS-MY-TV Special!”

Lastly, the regular edition comes with a 36 page photobook and a bonus disc with solo songs performed by each member.

Check out the promo MV for “HUG & WALK” below!