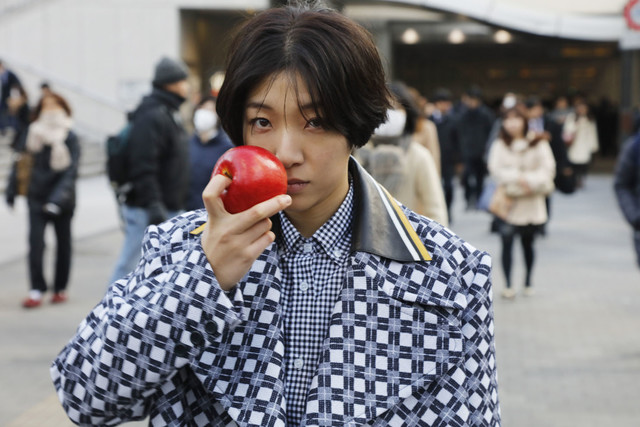 For the past few years, Italian fashion house Miu Miu, the little sister of Prada, has released a series of short films titled “Women’s Tales.” This series, a collaboration with the Venice Film Festival, is created by female directors. Miu Miu gives the directors the freedom to do whatever the want in the films, as long as they feature Miu Miu’s current collection in them.

Miu Miu selected Kawase Naomi as the director of the 11th film in the series. Kawase’s film is titled “SEED.” It tells the story of a girl, played by Ando Sakura, who ventures from the idyllic surroundings of Nara to the hustle and bustle of Tokyo.

The music in “SEED” was provided by Sakanaction. It’s the band’s second time scoring a film, the first being last year’s “Bakuman.” The music used in “SEED” was recorded in the same Nara location as the film was shot.

“SEED” made its world premiere in New York City last night as part of the city’s Fashion Week. It is now online. The film will be shown at various screenings around the world, including the 73rd Venice Film Festival in September.

Check out “SEED” after the jump, along with some background videos and photos (which were shot by Leslie Kee)!