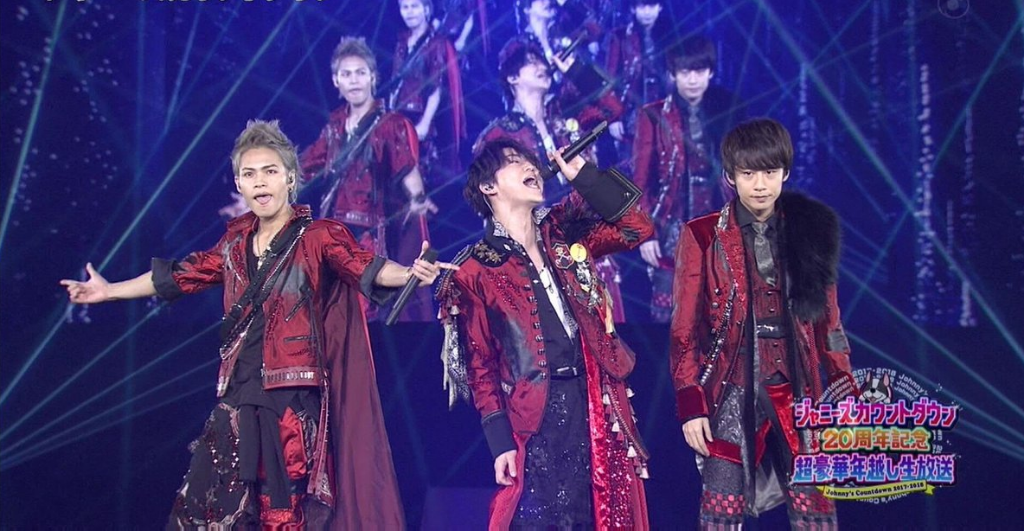 KAT-TUN is back in 2018! The group is ending their charging period which started on May 2016 and will ‘restart’ in 2018 with the theme song to member Kamenashi Kazuya’s drama “FINAL CUT” titled “Ask Yourself”. In addition to that, the group will be holding Tokyo Dome performances in April.

The announcement was made during Johnnys Countdown 2017 -2018 held at the Tokyo Dome. Initially, only the attendance of Kamenashi was confirmed as part of “Kame to Yamapi”. Days prior, JCD teases a significant announcement to happen during the Countdown which had fans guessing.

The ‘significant announcement’ is KAT-TUN’s comeback and Kamenashi was joined by Nakamaru Yuichi and Ueda Tatsuya on stage to sing “Real Face” and the new song “Ask Yourself”.

The group entered a charging period in May 2016 after member Taguchi Junnosuke left in March of that year. KAT-TUN will continue with the remaining 3 members.