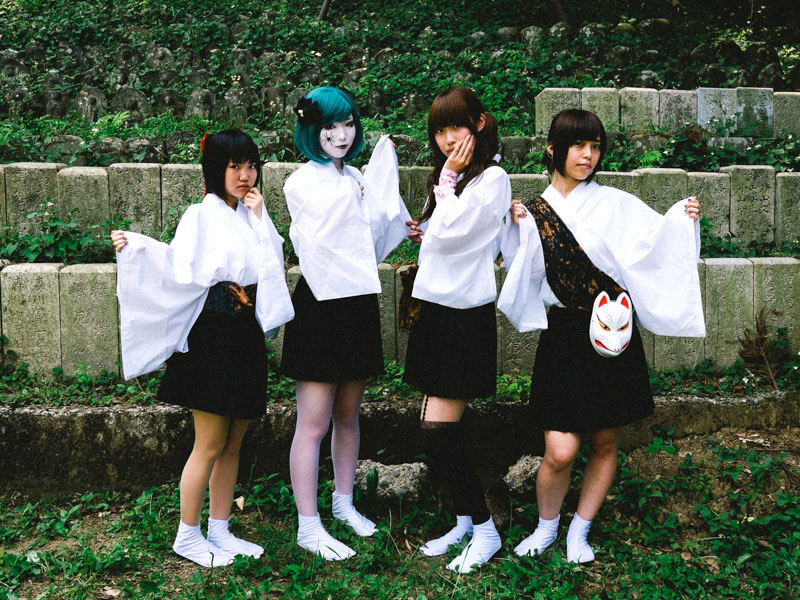 Meet Necronomidol, a four-member underground Idol Metal group based in Tokyo. The group consists of members, Sari the shironuri (white face) performer, Henmi the choreographer, Kakizaki the former idol, and Tachibana the self-proclaimed “problem child”. They are managed by a guy by the name of Ricky Wilson, a former hardcore vocalist and current soft vinyl toymaker who rocks muttonchops and long hair. 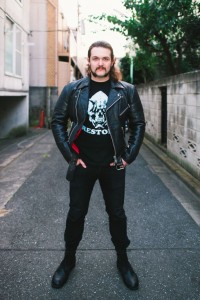 In March of last year, Wilson posted to a talent recruitment site that he was looking for paranormal girls to thrash on stage, adding  “personality disorders a plus.” The four girls were chosen from a  pool of 30-something applicants.

“We don’t have aspirations to be on Kouhaku. We don’t really care about playing at Budokan. We just want to use the time we’re given to invade Japan’s underground idol world, and let the whole world know how terrifying these life-forms called idols can be.” 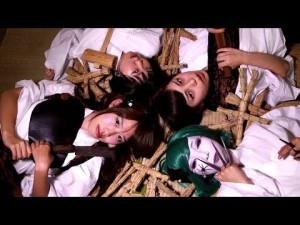 According to the group, their main keywords are: vengeful spirits, ruins, and fear/terror.

They just played their first solo performance at Koenji Sound Studio DOM on Saturday night, and currently have a single released to iTunes.

Check out some of their music below!

What do you think of the growing trend of Idol Metal groups?