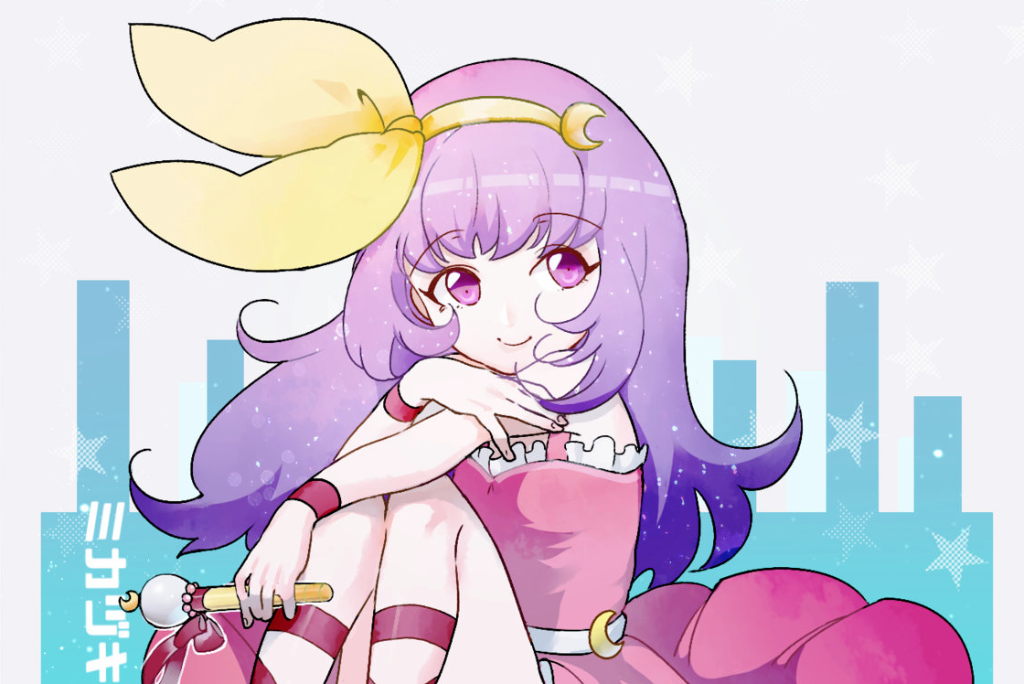 Riding the wave of the 80’s revival/vaporwave phenomenon, Future Funk is probably the genre that melds past and future sounds in the most enjoyable and effective way. Whereas most projects out there sound as simple revivals or throwbacks to the good old 80’s vibes (not that it’s a bad thing), this particular sub-genre shows a strong will to effectively adapt modern influences into this sound, usually resulting into intriguing and enjoyable compositions.

Yokohama-based producer/singer Mikazuki BIGWAVE – also member of the Pink Neon Tokyo collective – is one of the most representative artists of this fairly recent genre, and with “Watashi no YUME DIARY” she’s bringing her most solid and convincing work to date. Setting aside the fact that with thirteen tracks this is actually more of an album than a EP, this record is pretty much the answer to anyone who’s wondering what Future Funk actually is: a fusion of 80’s Japanese Disco with Funk-imbued instrumentals, put in the frame of a modern execution overflowing with digital alterations.

Mikazuki BIGWAVE does a very well done job in exposing this approach, and the result is a pleasantly catchy and well-crafted record. As expectable, the whole work is filled with shiny Synthesizer melodies, slapping bass lines and funky guitar riffs, backed up by samples and vocals that fit the mood of each track with smart digital manipulations. The record is not afraid to chop-up parts and toning down the mood at its own will to expose the juiciest sections, adopting modern influences like the Techno-pop beats of “Sweet Days“, probably the track that dares the most in the whole record, yet without compromising the core formula of it. While the neat fusion of old and modern is certainly the star of the show here, shiny melodies and catchy passages are what makes this record so enjoyable, with tracks like “You’re the only one“, “Midnight Highway” and “BLIZZARD” as prime examples, featuring striking soundscapes that make these numbers instant earworms.

“Watashi no YUME DIARY” is a fun and greatly crafted record, filled with details that create catchy compositions often featuring some impressive soundscapes. In the midst of the whole 80’s revival wave, Mikazuki BIGWAVE‘s record stands out for its flawless balance between old and modern, as well as for its excellent songwriting. A very enjoyable record not to miss.

Be sure to listen to this record down here through Bandcamp, and let us know what you think about it in the comments!