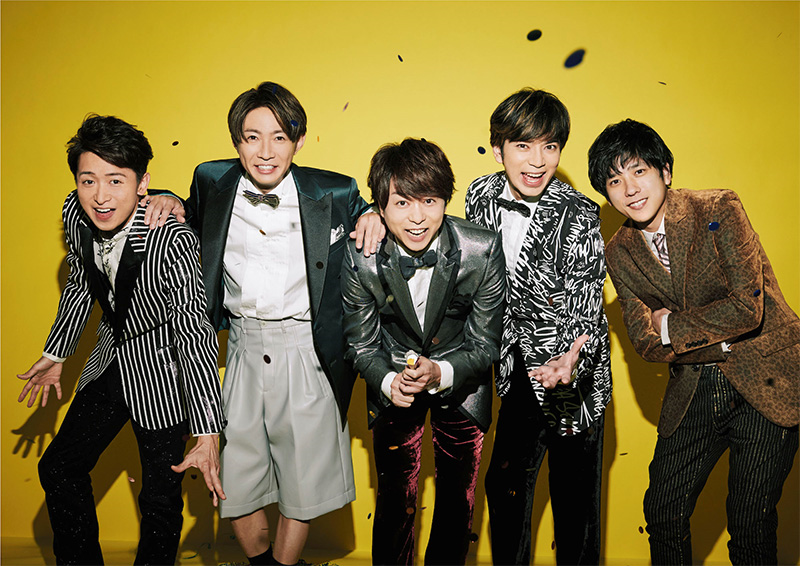 It’s Arashi’s debut anniversary today, November 3 and they are bringing on the Arashi festival! Today, the group is dropping a LOT ahead of the online streaming of their concert ARAFES 2020 at the National Stadium!

“This is 嵐” (This is Arashi), the group’s 17th album and first original album in 3 years  is released today. The album’s title indicates that it simply contains songs that the group wants to deliver amid all the changes and challenges. It includes the lead song and MV for “Do you…?” and new songs released since “BRAVE” from September last year. LE Disc 2 contains a total of 6 songs, including 5 songs from the “Reborn Series” and “Turning Up {R3HAB Remix}.

The “A.RA.SHI- for dream ver.  Special Movie” is also released today, as part of the HELLO NEW DREAM PROJECT. This project was formed with 13 brands which were part of Arashi’s journey. The special movie features a new arrangement of their debut song by Kanno Yoko, who also composed “Journey to Harmony” sung by the group during Emperor Naruhito’s coronation.  Today, 8 versions of TV CM will be released which also features employees singing the A.RA.SHI- for dream ver. from the 8 companies: JCB ver, Hitachi ver, Nisshin Oillio ver, Morinaga & Co ver, Ebara Foods ver

The music video for their latest digital single “Party Starters” is also slated to be dropped today (1pm JST). The song and it’s fun lyric video were previously released last October 30. As the song title suggest, it is a happy and positive pop song, produced by Sam Hollander. It also serves as the CM song for the new Softbank 5G Project.

Lastly, Arashi will be streaming their long awaited “ARAFES 2020 concert at the National Stadium“. It was supposed to be held last May but got postponed due to the coronavirus situation. The latest episode of their Netflix documentary “Voyage” which dropped Oct 31, provided a background story on the process leading up to the decision to hold an unattended ARAFES 2020. Prior to the scheduled streaming, an ARAFES Special Contents for FC members will be livestreamed starting at 12nn. Part 1 of ARAFES (for FC members) starts at 430 pm JST, while Part 2 starts 730 pm.