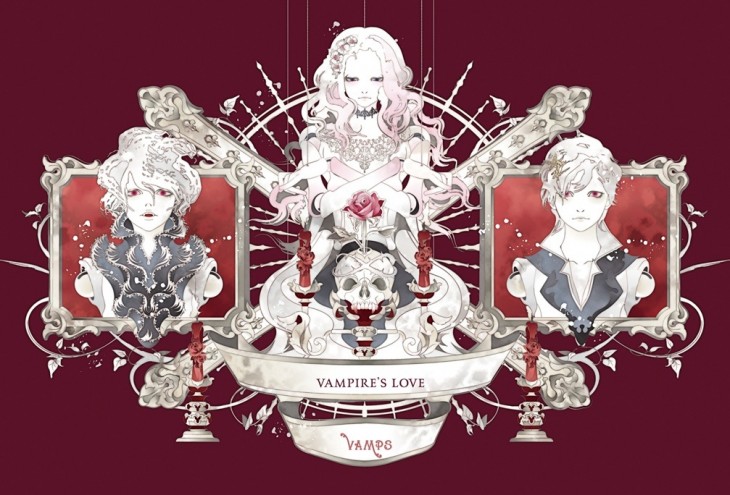 Details for VAMPS’s new single “VAMPIRE’S LOVE” has been released, including the track listing and cover illustrated by artist Kashima.

“VAMPIRE’S LOVE” will be coupled with a piano version of the title song, as well as a remix by Kevin Brereto. It comes in three versions and will be used for the Japanese version of the film ‘Dracula Untold’ (titled in Japan as ‘Dracula Zero’).

Check out the trailer for the film below as well as the track listing.

‘Dracula Untold’ is the origin story of the man who became Dracula. The new trailer included the song, but it has since been deleted off of YouTube but check out the old one.

Vamp’s “VAMPIRE’S LOVE” is released October 8th, but in the mean time check out more of Kashima’s work on their Tumblr.