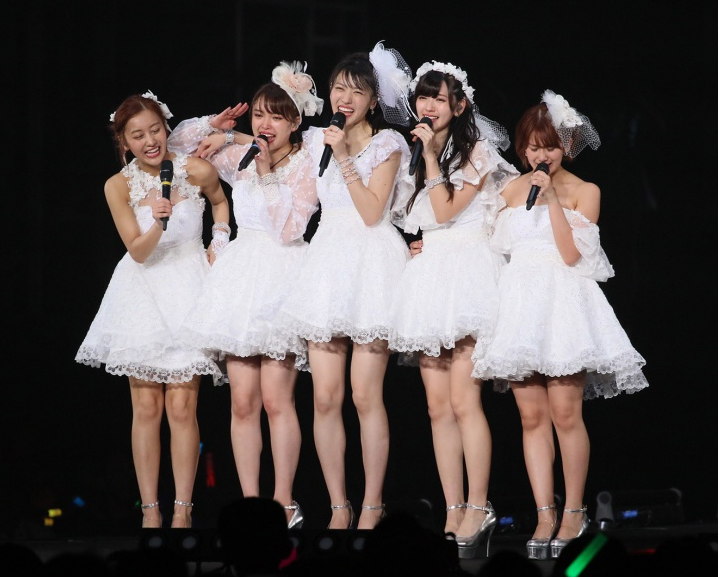 Over 30,000 fans came together to witness the groups last performance as five. Fans started lining up the night before the concert just for the merchandise table, by 8:00am the line had already reached over 1,400 people (doors opened at 4:30 PM). Fans who couldn’t make the show could still enjoy the concert at home if they have a subscription to “SKY PerfecTV!”, where the concert was streamed live.

The other six Hello!Project groups supported their senpais by serving as the opening acts for the concert. The main show began with one of the a-sides on their last single “The Curtain Rises”. Highlights including each girl performing the lead vocals in one song (Mai even wore her classic sunglasses for one of the performances) and a special MC with past Hello!Project leaders. Nakazawa Yuko, Sayumi Michishige, and ANGERME’s Ayaka Wada joined the girls on stage where Ayaka tearfully accepted the role of Hello!Project leader from Maimi Yajima.