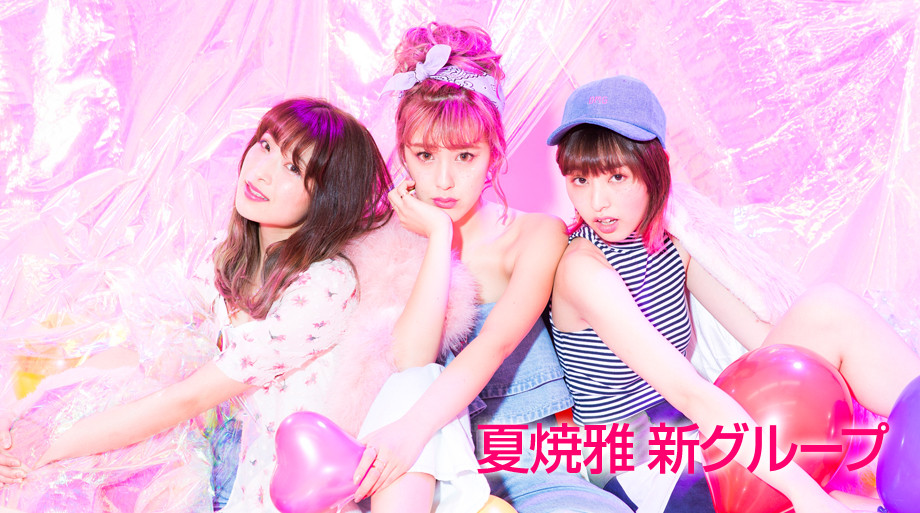 PINK CRES. is a trio under UP-FONT CREATE, which also serves as the label for Up Up Girls (Kari) and many former Hello! Project members. PINK is the official group color, and CRES is an abbreviation for the musical term “crescendo,” which means music gradually increasing in loudness and represents the group’s gradual growth.

On August 25th, the nameless group performed as guests at Buono!’s first concert at Nippon Budokan, with C-ute and Country Girls where they finally announced the group’s name and performed two new original songs “Warning ~Mirai Keihou~” and “Uwa no Sora“.

Natsuyaki graduated from Hello! Project on March 3, 2015 in a joint graduation concert with the other members of Berryz Koubou. Later that year, Natsuyaki was said to have intentions to start a new idol group.

The “2015 Natsuyaki Miyabi Shin Group Member Audition” was held and finalists Nihei Yuuka and Kobayashi Hikaru were chosen as members of the new nameless group on April 1.

PINK CRES’s goal is to be a fashionable girl group that everyone, regardless of gender, will fall in love at first sight with.