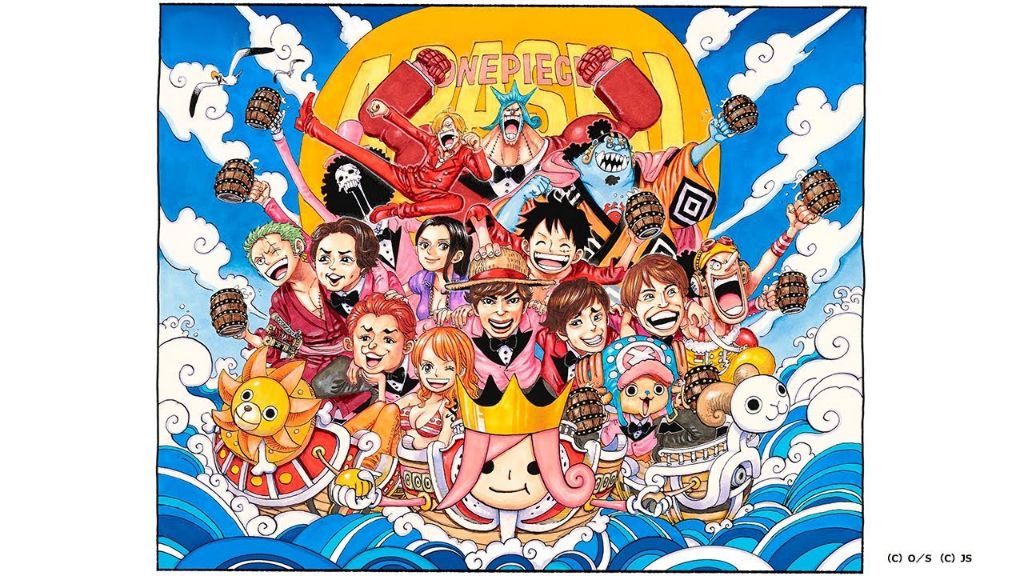 Check out Arashi enter the anime world of ONE PIECE for the music video of the song “A-RA-SHI : Reborn”, a “re-production” of the group’s debut song “A・RA・SHI“, which was released on November 3, 1999. Both Arashi and the anime franchise celebrated their 20th anniversary in the same year prompting this collaboration.

In the music video, Arashi is making headlines as they are nowhere to be found nearing their scheduled National Stadium concert. Luffy and his crew enters the scene for the rescue! Watch as Arashi joins the Straw Hat crew in adventures and take the concert stage together. What kind of journey will Arashi take in the future?

One Piece manga author Oda Eiichiro has also drawn a special collaboration illustration featuring the One Piece characters and Arashi. This will be available as a bonus in with the forthcoming New Year Edition issue of Weekly Shonen Jump to be released on January 4, 2020.