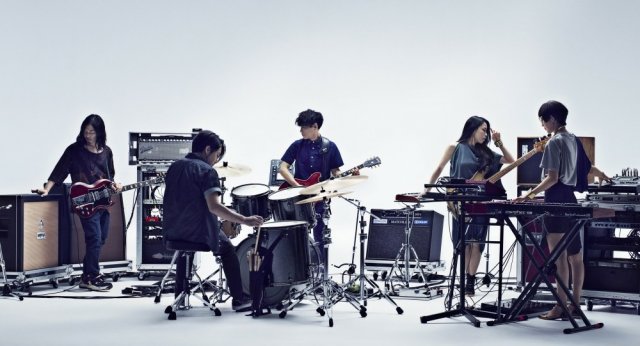 Sakanaction revealed 3 new pieces of news today: a new artist photo, a new song tie-in, and the trailer for their new live blu-ray. The artist photo can be seen above so to check out the other 2 pieces of news, continue reading after the jump.

A new Sakanaction single is finally on the horizon! It was revealed today that Sakanaction’s new song “Hasu no Hana” will serve as the theme song for Yamashita Tomohisa’s new movie Kinkyori Renai. The film opens on October 11. The song will also serve as the theme song for the new NTV spin-off drama Kinkyori Renai ～Season Zero～, which premieres on July 19. The song is described as an electro song of retro-tinged nostalgia. There is no word yet on when “Hasu no Hana” will be released.

The band also released the trailer for the their new live blu-ray “SAKANATRIBE 2014 -LIVE at TOKYO DOME CITY HALL-“:

This is set for release on July 30. It comes in 3 editions: 2 dvd editions (Standard and Featuring TEAM SAKANACTION) and a blu-ray edition that combines both dvd editions. This concert was filmed on March 16 of this year.

Personally this is my favorite act in Japan right now and probably the world to be honest.