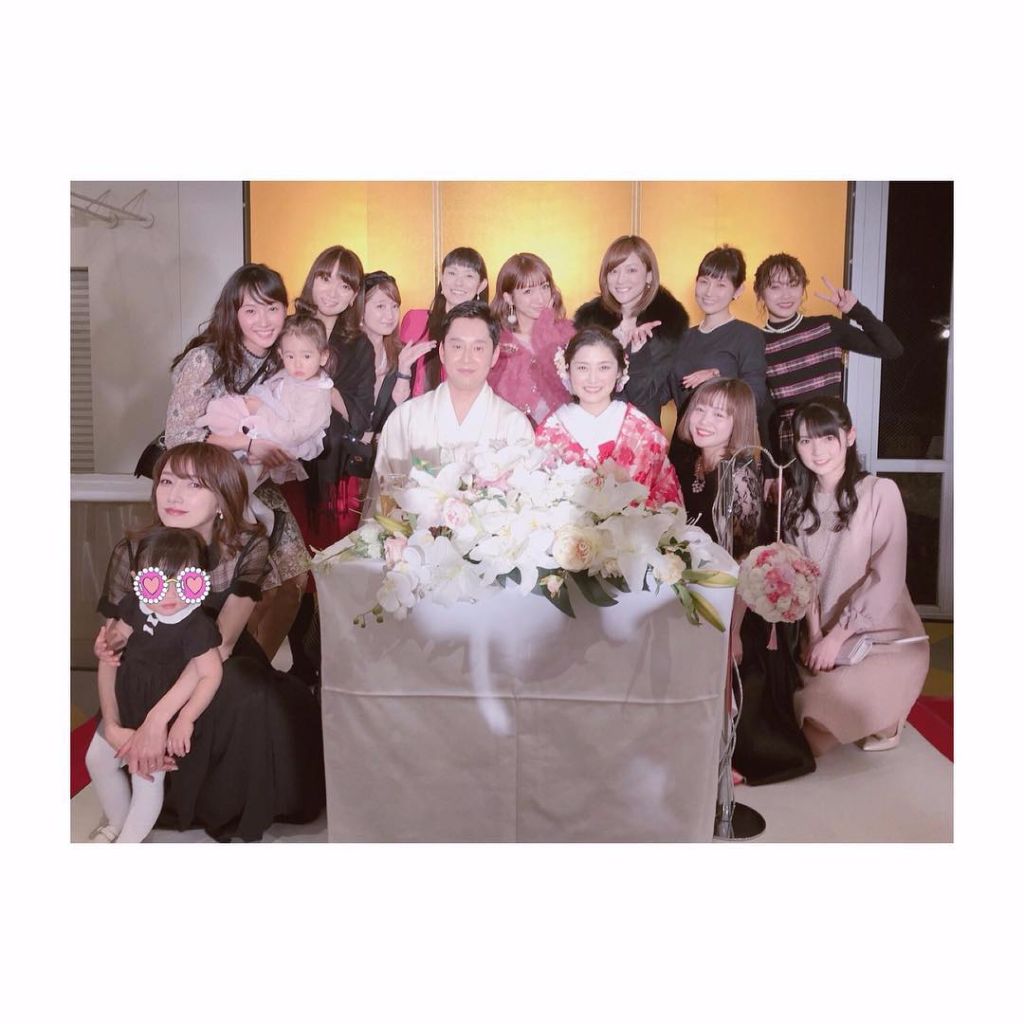 Fellow 4th generation member Nozomi Tsuji attended the ceremony with her husband Taiyo Sugiura and three children. She posted a picture on Instagram of herself with the newlyweds, along with Hitomi Yoshizawa, another 4th generation Morning Musume member. She left a simple message congratulating the couple, hoping that they would be forever happy.

Unfortunately there was one 4th generation member missing, Ai Kago. Despite her not being able to make the wedding, Nono still added Kago’s name in the hashtags of her Instagram message.

One of the highlights of the ceremony was when all of the former Morning Musume joined Ishikawa to sing the groups hit 2000 song Happy Summer Wedding, which has now become a tradition at weddings for former Hello!Project talents. Halfway through the song Ishikawa broke down in tears, but they were tears of happiness of course. 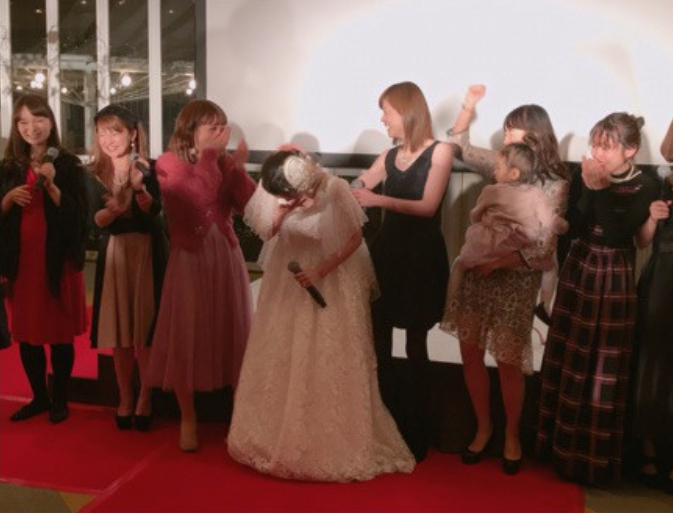 Ishikawa is currently pregnant with her first child, the couple announced the pregnancy last month, she is due to give birth late spring nexr year. Ishikawa was the last of the generation 1-4 members to get married, congratulations to the happy couple! 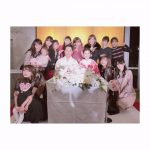 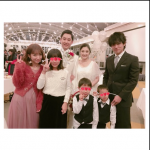