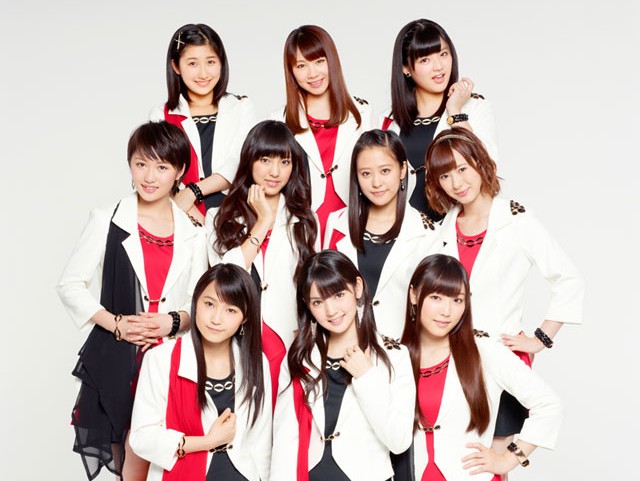 It has been revealed that one of the songs on Morning Musume ’14‘s new single, “Tiki Bun / Shabadabadoo~ / Mikaeri Bijin” (to be released on October 15th), will be produced by someone else other than Tsunku.

On August 28th, Tsunku revealed on his official blog he hired a different writer to produce the song “Mikaeri Bijin”. Although singles such as “Pepper Keibu” (37th single, including its coupling track “Romance”) and “Morning Musume no Hyokkori Hyoutanjima” (17th single) were cover songs (therefore, not produced by Tsunku), this is the first song Tsunku has not produced since “Ai no Tane”, the coupling track to Morning Musume‘s debut single “Morning Coffee” (“Ai No Tane” was also the group’s first indie single. Lyrics written by Kenzo Saeki, composed and arranged by Tetsutaro Sakurai).

“Mikaeri Bijin” will be a song sent to Sayumi Michishige at her graduation concert at Yokohama Arena on November 26th, where she will graduate from Morning Musume ’14 and Hello! Project as a whole. On top of that, this song will be sung by the current members of the group sans Michishige.

According to this, Tsunku commented, “I thought it would be better to request people who have made songs that honor Japanese tradition rather than me having to express Michishige’s classical feelings towards her juniors as ‘good women’ equals ‘harmony’. Therefore, I asked Shinichi Ishihara to write the lyrics and Tetsuya Gen to compose the music.” Ishihara has written songs starting from Masako Mori‘s “Etto Tsubame” and has continued to write songs for artists such as Yosuke Tagawa, Beauty Pair, and Takuro Yoshida. On the other hand, Gen has composed songs for the leading figures of Japanese enka such as “Amagigoe” by Sayuri Ishikawa and “Futarizake” by Miyuki Kawanaka.

Speaking of which, Tsunku also added on his blog, “Nowadays we’re too conscious about the song arrangement, so now we are making the best use of the demo tape and melody’s power to naturally finish it.” Because of this comment, fans are having speculations about the song. Morning Musume’s recent songs are strongly EDM (Electronic Dance Music) based, so “Mikaeri Bijin” might have a different twist than the melodic theme listeners are used to hearing these days!