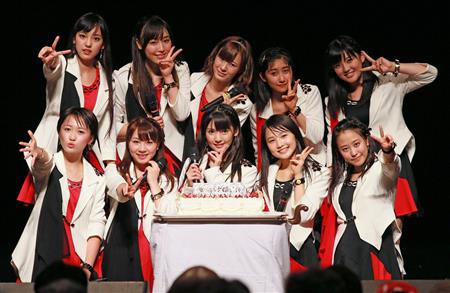 The group’s name ‘Morning Musume’ was officially announced on September 14, 1997. Since then many members of come and gone. There have been a total of 34 members in Morning Musume and the group is currently in their 11th generation.

At the event the group performed their new song “TIKI BUN” for the first time. The single will be released on October 15th. After the performance the members read a letter from their producer Tsunku (45) who is currently under medical care due to an illness. The letter revealed that on Tsunku’s birthday, October 29th, the group will be releasing their 14th album and on September 30th they will be performing at the Budokan and unveiling their newest members for the first time.

This will be leader Sayumi Michishige (25)’s last album, as she will be graduating from the group at Yokohama Arena on November 26th. Michishige did some PR for the group, “When these new members join we will once again become a new Morning Musume. I want us to keep doing this for 50 years! 100 years! This album is going to have unit songs, cute songs, and songs that are going to really surprise you guys.”

Erina Ikuta (17) was fixated on the topic of new members. “I don’t want anyone joining that has their mind fixated on becoming center! I don’t want to be pushed even further away from the center position!,” she commented frantically. Michishige harshly retorted, “You’re only saying that because you’re still not center, even though you said you would be able to take the spot.” 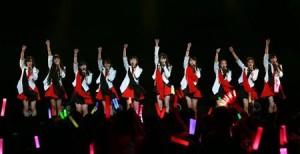 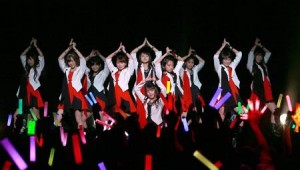