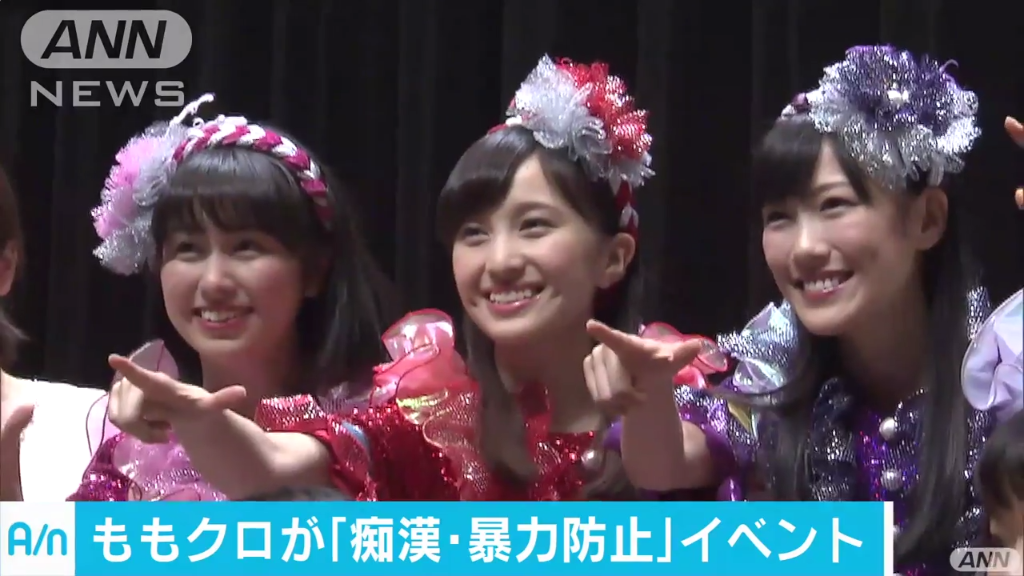 Members of idol group Momoiro Clover Z appeared at an event in Machida City on Wednesday to promote a new smart phone application to help eradicate violence against women in Japan.

The event seeks to raise awareness about the ongoing problem of molestation within Japan by introducing “Digi Police“, an application that allows users to notify law enforcement about suspicious persons in case of an emergency. It also has the feature to trigger an alarm should a woman become a victim of a molestation.

Momoiro Clover Z leader Kanako Momota with group members Ayaka Sasaki and Reni Takagi, police, and railway personnel were among the 260 participants at the event.

Momota led the group in presenting self-defense moves to the crowd of young women in hopes they’ll be prepared to defend themselves should they find themselves in a harmful situation.

Violence against women and incidents of molestation continue to be a problem inside train cars and at train stations in the nation’s capital. There were nearly 2,000 arrests of men molesting women on trains and in and around stations in the Tokyo metropolitan area last year; more than half took place inside carriages.