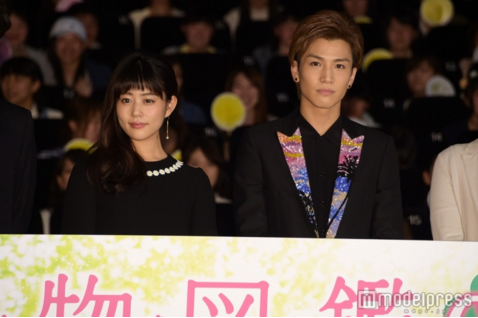 Actress, Mitsuki Takahata, and performer from The Third J Soul Brothers and EXILE, Takanori Iwata attend the premiere for the movie Shokubutsu Zukan on May 1, 2016. Among the attendees were Hiro Arikawa, the author of the book where the film was based and director, Koichiro Miki. Iwata, who has tried to gain information about herbs for the sake of the movie, has been referred to as the “Wildflower man” and “Shokubutsu prince”. Takahashi has been also called with different names like Iwata that is related to the film’s story. 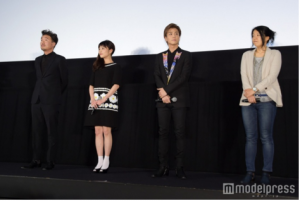 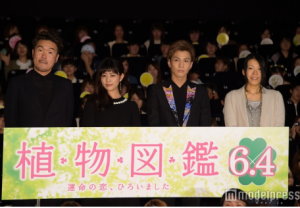 In addition, Iwata was on a nationwide tour with his groups while he was filming the movie. With that, [the members] look at him as a person with a prince-y character.

An embarrassed Iwata comments, “I was very happy that in spite of having group activities, I wanted to do my best in acting as well.”

He adds, “I am often being told that I am like a dog, but Takahata (Mitsuki)-san is like a cat.”

The audience disappointedly reacted in unanimous tone, same as Takahata who says: “Yet just a while ago, it seem that you were thinking about what you wanted to say…”

“I’m sweating,” replies Iwata regarding his previous comment, “My apologies.” 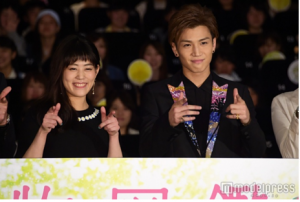 Shokubutsu Zukan is a romantic film based on a million-seller book with the same title. It follows a story of an office lady (Takahata) who finds a man (Iwata) in front of her home. She takes him inside and began to live together. The movie will be released on June 4, 2016.

Check out the trailer here: