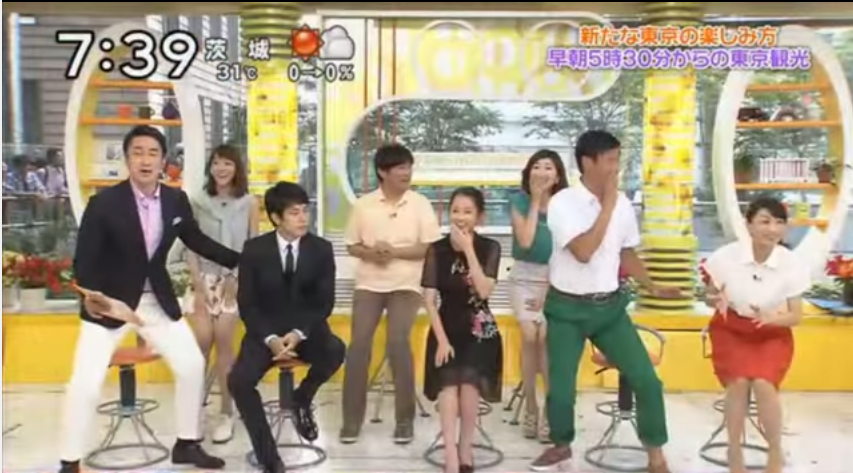 It was revealed on July 11 that Matsuyama Kenichi and actress Koyuki welcomed their third child. The announcement was made by Matsuyama during his live promo appearance for his drama “Dokonjo Gaeru” on NTV’s Zoom In!! Saturday, with co-star Maeda Atsuko.

On the program, Matsuyama stated “After becoming a father, I started to wake up early”. To which host Tsujioka Gido asked “How many children do you have?”. Matsuyama answered “I already have 2, while the third child was born recently on July 8”. As it was not officially announced, everyone in the studio was surprised and then congratulated him. The hosts were asking if it is alright for him to say it on live TV. Matsuyama says it’s probably all right because it was scheduled to be announced that day. However, he did not want to announce it earlier so that it won’t take attention from his drama’s promotions.

His agency staff signaled it’s ‘Dame’ (Not Good/ Not OK) so he told the hosts to pretend that he had not said anything.

Matsuyama married Koyuki in April 2011. On January 5, 2012, their first child, a boy, was born. The following year, on January 10, their second child, a girl, was born. In March 2015, it was announced that his wife is pregnant with their third child.