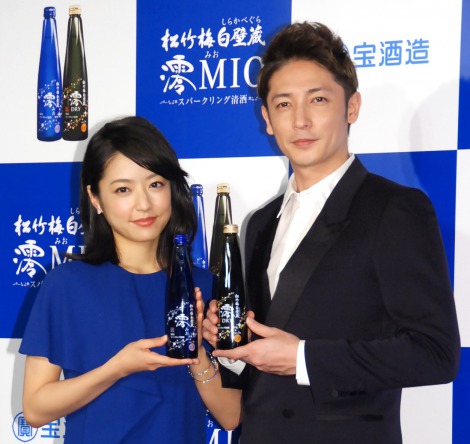 Actress, Mao Inoue (29) and actor, Hiroshi Tamaki (36) have attended the press conference for their new commercial in Tokyo this April 21, 2016.

Inoue has starred in the NHK morning drama, “Ohisama” and the drama, “Hanamoyu” (lit. Burning Flower). Tamaki, on the other hand, starred in the morning drama, “Asa ga Kita” (Morning has come) as the heroine’s husband. It is the first time that the two has co-starred through this commercial and Tamaki has praised Inoue for her charm that is the same as adult women. Inoue smiled in embarrassment due to this comment.

Inoue comments regarding on the actor’s morning drama, “Tamaki [Hiroshi]-san looks impressive in Japanese clothing. However, he also looks good in suit and leather shoes.” During the filming of the commercial, the two have been talking about their roles in their respective morning dramas.

During the press conference, they were also asked on how they look like when they are drunk. Inoue states that even if she drinks one glass, it does not really show on her face. This goes the same with Tamaki where he states that he does not change in particular when he is drunk.

Check out their photos below: 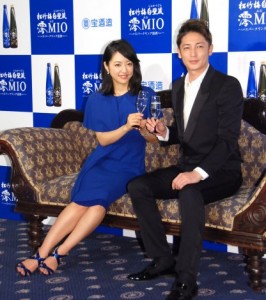 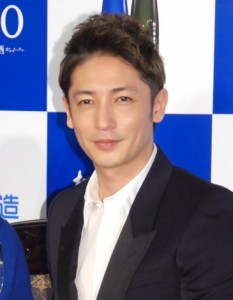 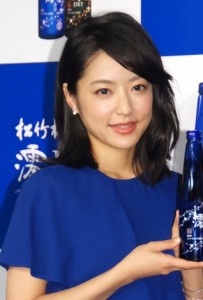 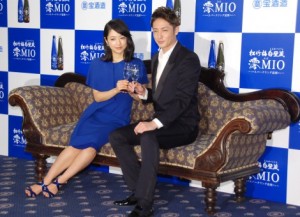 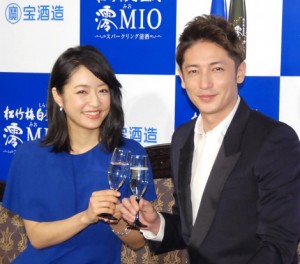