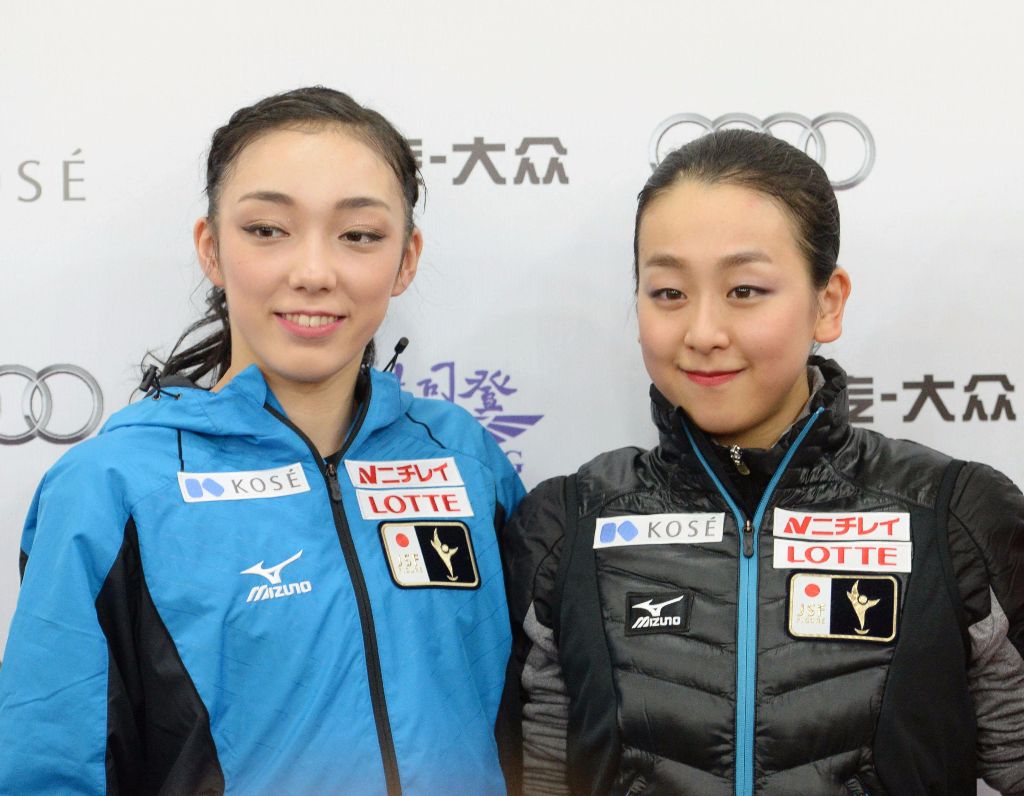 From November 6 – 8, this year’s Cup of China took place in Beijing. This was the third event in the International Skating Union’s 2015 – 2016 Grand Prix Series. Japan sent 2 skaters to this competition, Mao Asada and Rika Hongo. Mao won the event, while Rika was a close second.

Mao Asada won the Cup of China with a total score of 197.48. This was her first Grand Prix event since returning to skating after taking a year off. Mao’s short program was given a score of 71.73, the best of the night. She opened the program with her signature triple axel, which she landed. “It went just as I pictured it,” Mao said. “I was nervous before I started. I wasn’t able to skate that well in practice and just tried to use the nervous energy to my advantage. I hope I can carry this momentum over into the free program.” She added, “I’m entering this season at an unexpectedly high level. The women’s level is high and that gave me the push as well as the motivation. Challenging at this level and getting them (the program) all together is significant.”

Mao’s free skate received a score of 125.75, the third best of the night. Like in the short program, she opened with the triple axel and landed it again. That was the bright spot in an otherwise problematic performance. She fell after the second part of her triple flip-triple loop combination. She then stepped out on the landing of her triple lutz. Later, she did a single flip instead of the planned triple flip-double loop-double loop combination. She was also penalized for starting her program late. “I wasn’t satisfied today,” Mao said later. “I feel like there are areas that need working on in the free program but I have taken one step toward the Grand Prix Final. I don’t have much time before the next event and I want to focus on my free program in practice.” Mao’s next event will be the NHK Trophy in Nagano later this month. With the Cup of China win, Mao has now won 15 Grand Prix series titles, the most among active skaters and the third most of all time. Only Russians Evgeni Plushenko and Irina Slutskaya have more. When asked about maybe competing at the 2018 Winter Olympics in Pyeongchang, South Korea, Mao said, “My feelings are much more geared toward the next event but the Olympics are at the back of my mind.”

Rika Hongo placed second at Cup of China with a total score of 195.76. Her short program received a score of 65.79, second to Mao’s. “I’ve given everything I have now and I’m really happy,” Rika said. “I paid attention to my expression and I wanted the minimum of 65 so surpassing that mark is great.” Rika’s free skate was the best of the night with a score of 129.97. However, she stepped out on a triple loop. “I gave it everything I had and was able to enjoy my skate,” Rika said. The scores for Rika’s short program, free skate, and combined score are the highest of her career. In spite of this, she said,  “I am not satisfied with my points or ranking. There are lots of things I need to do to improve so I have to try harder. My aim was to make the podium so I am glad that I could finish in second.”