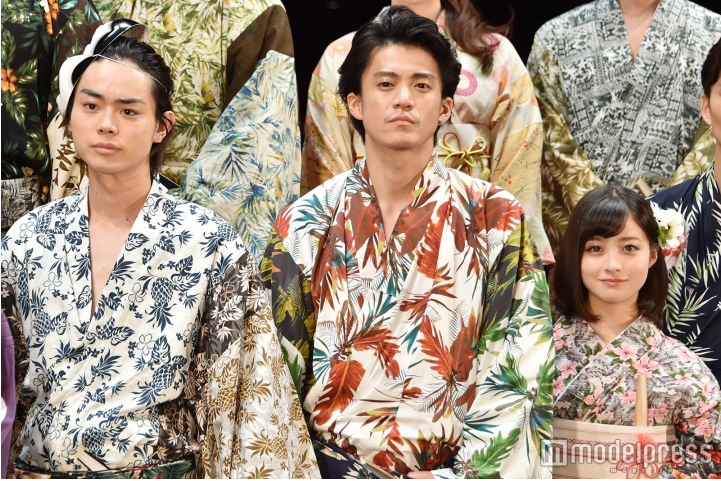 The cast of the highly anticipated live-action Gintama film all gathered in Tokyo to celebrate the premiere of the movie.

The entire main cast was present, including film co-stars Shun Oguri, Masaki Suda, and Kanna Hashimoto. Fans and reporters were in for a treat as the cast walked the red carpet and posed on stage wearing beautiful yukata, casual unlined summer kimono usually made of cotton or synthetic fabric. The cast was also joined by the films directors Yuichi Fukuda & Jiri Sato, who both donned a yukata as well.

When questioned on any memorable moments that went on during filming, Masaki Suda instantly thought if the main star Shun Oguri. Masaki revealed that Shun was very hospitable during the entire filming, often treating them to food, and was the mastermind behind a Gintama themed song sung by the cast which eventually ended up being used for the opening of the film.

Masaki was also full of praise for his co-star Kanna Hashimoto. Kanna plays the role of Kagura, which required her to do things like pick her nose and vomit. In most cases, it’s unimaginable to see an idol behave like that, but Kanna happily did what was required of her even if at times she was a bit embarrassed. 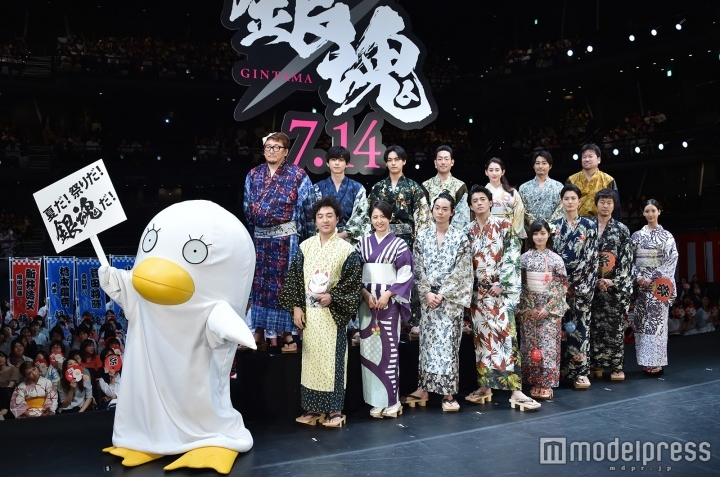 Another memorable behind-the-scenes moment involved Kinki Kids member Tsuyoshi Domoto. Director Yuichi Fukuda shared that Tsuyoshi got a little heated at him while filming a fight scene between Tsuyoshi and Shun. Yuichi apparently fell asleep right in the middle of the scene causing Tsuyoshi to annoyingly ask him if he had any idea what just went on.

Unfortunately, Tsuyoshi was unable to attend press for the movie premiere due to his sudden deafness.

Gintama was created by manga artist Sorachi Hideaki and made its print debut in 2003. Entering its final arc on July 11,  it continues to be ranked among the top-selling manga in Japan. The manga inspired a television anime that premiered in 2006 and continued until 2013 after a multiple hiatuses. The latest Gintama television anime series premiered in April 2015, and ended in March.

Gintama will be released to Japanese theaters nationwide on July 14th, 2017.