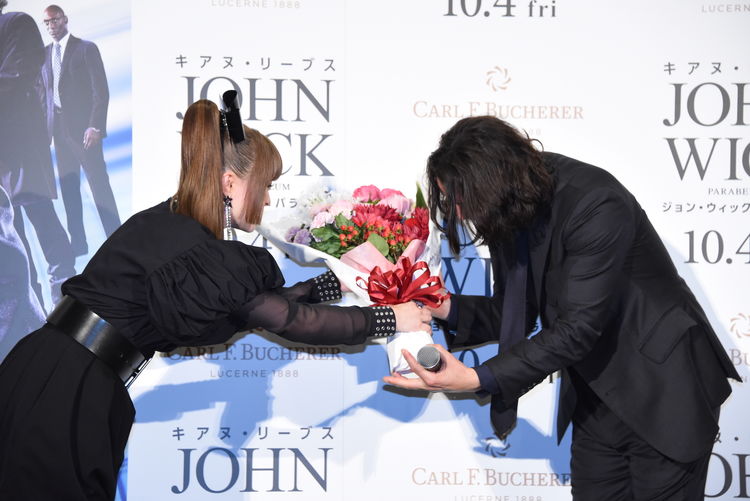 Singer Kyary Pamyu Pamyu made an appearance as well, surprising Reeves on stage with a bouquet of flowers. The two posed for pictures and did ninja hand signs together for the press.

Kyary’s fifth single “Ninja Re Bang Bang” is featured in the film.

“Of all the songs I had listened to, we really wanted something that was a big juxtaposition to the action,” said Stahelski about choosing Kyary’s song.

“We heard it and everyone in the editing room went ‘that’s the song’. It just had something magic about it.“

Kyary’s outfit is loosely inspired those worn by ninja as a nod to John Wick: Chapter 3, where a Japanese assassin is hired to fight against the film’s titular protagonist.

According to Stahelski, the film includes many Japanese motifs due to his interest in the work by film director and screenwriter Akira Kurosawa.

Over the summer, it was confirmed that the franchise will return for a fourth movie, “John Wick: Chapter 4“, set to be released on May 21, 2021.