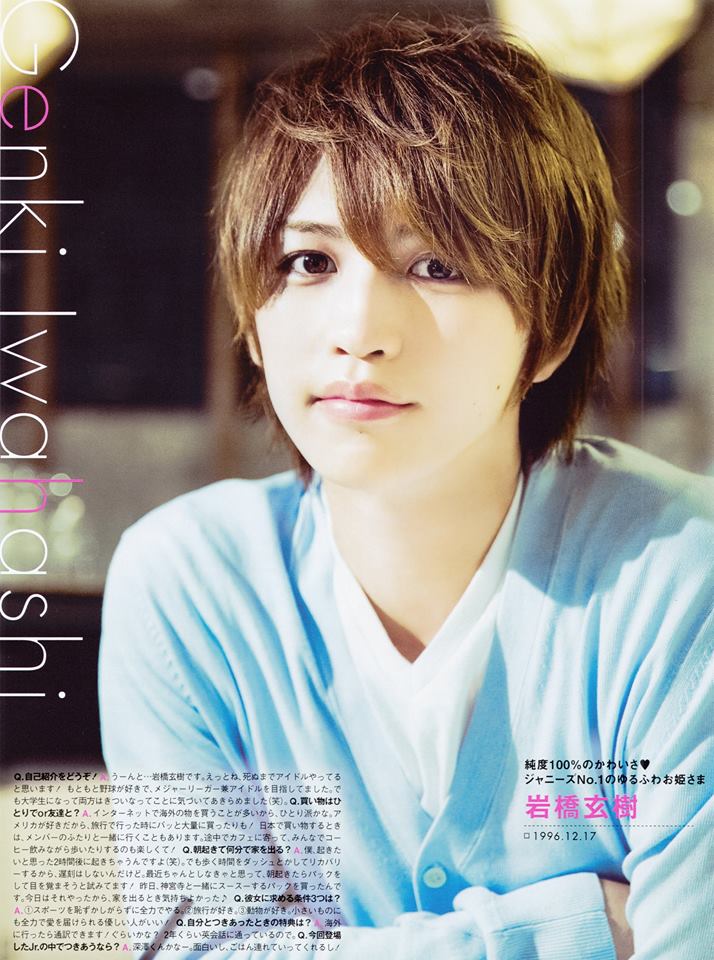 It was announced that King & Prince member Iwahashi Genki will suspend entertainment activities for a certain period of time  starting from November. He will concentrate on the treatment of panic disorder that he has suffered for years and will not appear on  “JOHNNY’S King & Prince IsLAND” which will start running on December 6 – January 27 at the Tokyo Imperial Theater.

Regarding Iwahashi’s illness, it was revealed that he has been coping with panic disorder since childhood. “In May 2018, he made his debut with King & Prince and the environment surrounding Iwahashi changed drastically compared with Johnnys Jr era. It became difficult for him to keep the balance between mind and body.”, a statement from Johnnys & Associates.

Upon considering the opinion of medical experts, it is deemed best for Iwahashi to suspend activities and devote himself to treatment.

Iwahashi also gave his statement apologizing to fans and staff. “I will be taking a break for a while, but I will overcome my illness and will definitely come back and become a stronger Iwahashi Genki.”

“I am facing this recuperation period positively. I thought I would live with this illness called panic disorder my whole life, but with the help of many people, I’ve been given the chance to overcome it. I think treatment needs steadiness and persistence, but I will definitely overcome the illness and focus on treatment, aiming for the day I will stand before you.

The members of King & Prince also gave a statement “He said “I’ll definitely come back!” We want to believe those words and support him with all our might.”

“During the time he is recovering, there will be many difficulties to reconfigure 6 member King & Prince to 5 people, but until he comes back, we will protect King & Prince. And we will wait until the Iwahashi Genki who shines even brighter than before makes a comeback.”

King & Prince made their debut on May 23 this year with “Cinderella Girl.” The song sold 577,000 copies on the first week and ranked first establishing the highest debut sales in the last decade. Their 2nd single “Memorial” was released this month and sold 401,000 copies on the first week. In addition to group activities, Iwahashi is starring in the drama “Bukatsu, Suki Janakya Dame Desu ka?” with members Jinguji Yuta and Takahashi Kaito. Filming for the drama already ended.

[translation] Letters from Iwahashi Genki and the members of King & Prince sent to FC members pic.twitter.com/aQLaly8TdP