Kazunari Ninomiya from Arashi has been cast as a lead in new Yojiro Takita‘s movie ‘Last Recipe – Kirin no Shita no Kioku‘. The film is planned for Autumn 2017 release. The plots, based on a novel by Keiichi Tanaka, binds together stories of two chefs with “absolute taste” living almost 100 years apart. Check the details after the jump!

Ninomiya will portray Mitsuru Sasaki, a cook boasting with “absolute taste”, who can easily reproduce any meal by tasting only one spoonful. Sasaki is a lonesome guy, who has quite good earnings thanks to his talent used cleverly to prapare the “last dishes” for people on their deathbeds. Soon however he will set on pursuit of a legendary set menu that will connect him to a former Imperial chef Naotaro Yamagata living in 1930s in Manchuria… 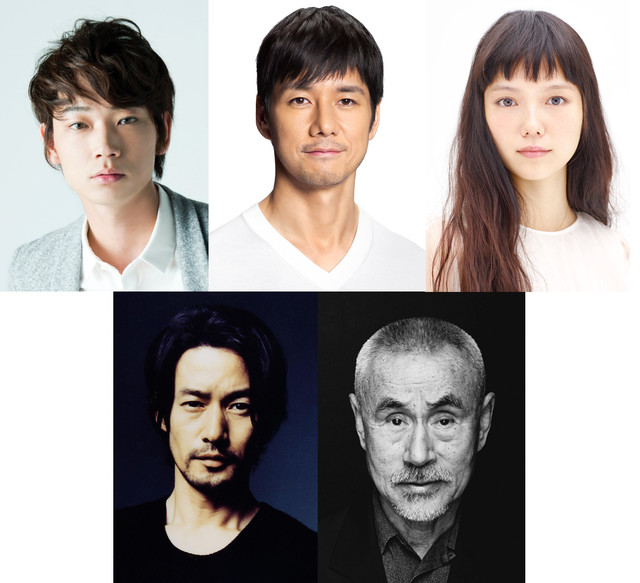 Ayano will portray Sasaki’s best friend, who grew up together with him in a child-care facility. Oida will be the requestor of the mysterious dish to Sasaki. Hidetoshi Nishijima was cast as chef Yamagata, Aoi Miyazaki as his wife and Nishihata as his assistant, while Takenouchi will be an army colonel in the Manchuria story.

Tamio Hayashi (‘Eien no Zero’) is writing the script.

The actors are practicing cooking and will prepare as much of the dishes as possible by themselves. The big challenge for left-handed Nino is to master using the chef’s knife in his right hand (will get to see the effect in the movie).

Both Takita and Ninomiya have their Oscar nods: Takita won the Academy Award for Best Foreign Language film in 2008 for ‘Okuribito‘ (Departures), while Ninomiya shined in Clint Eastwood’s ‘Letters from Iwo Jima‘ nominated for Best Picture, Best Director, Best Original Screenplay in 2007 (and winning for Best Sound Editing).

Hopes are high for this one, aren’t they, ARAMA?