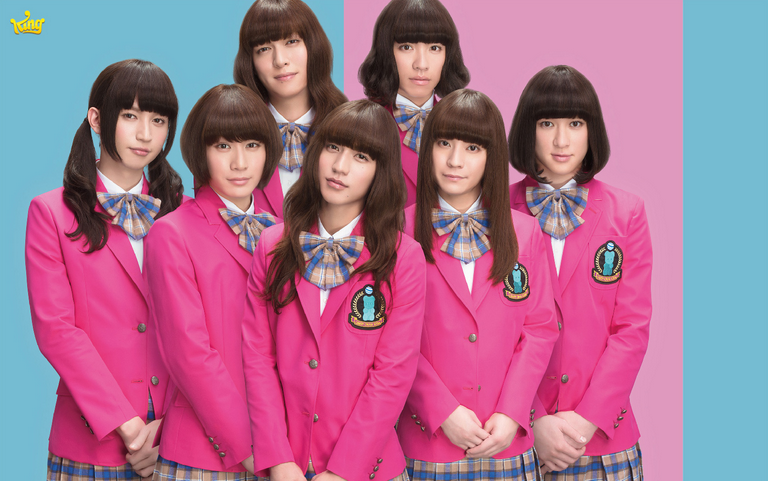 Kanjani8’s new CM for smartphone game app Candy Crush SODA starts airing May 1. A preview and teaser was shown on April 29, showing the members receiving the CM plan and reacting to it. You might have come across the group’s hilarious Wii Party U CM series and their family cosplay. This time however, they are transforming into girls.

In the new CM “character introduction”, the seven members of Kanjani8 transformed into a girl unit “Kyanjani”, got a makeover and dressed in matching pink uniforms.

The new CMs are out in 3 versions. Watch out for more of “Kyanjani” as new CMs for the product will soon be released. Meanwhile, check out all the CM versions and the previews below and at the company’s official website.