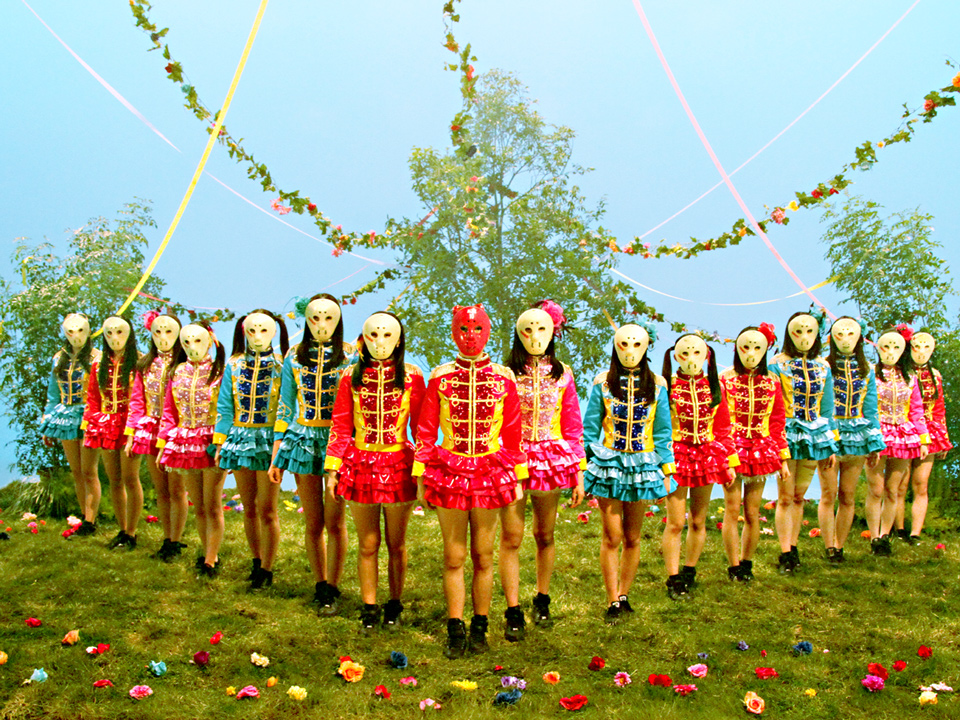 Last year, idol group Kamen Joshi made a blip on the radar of the Japanese entertainment industry when their single “Genkidane☆” debuted at #1 on the Oricon single chart. They did this by releasing their single in January, a notoriously slow time for releases, and by releasing 12 versions of their single, each with different content. They’ve since fallen back into irrelevance, but it appears as if they want to change that…

The group has now released a video on their YouTube channel in support of Donald Trump, the demagogue billionaire who is currently leading the Republican nominees that are campaigning in hopes to become the next president of the United States.

The video opens with some of the members of Kamen Joshi saying that they want to “Make America Great Again”, Trump’s campaign slogan, while wearing Trump t-shirts. They then perform the choreography of “Genkidane☆” while the song plays. While this is happening, there is a ticker at the bottom displaying various phrases, including Trump’s rallying cry of “Build the wall!” (the one he wants to build to keep Mexicans out of the country), “We want to come to America legally”, and “Can’t stump the Trump-sama!”

Check out the mess after the jump!