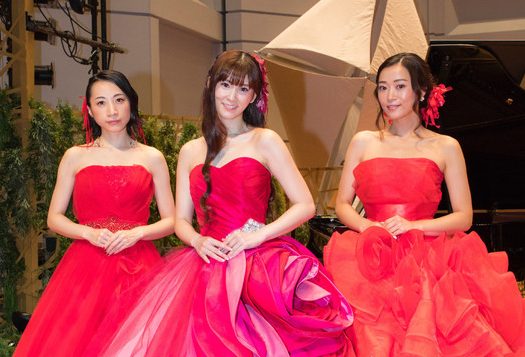 If you are a fan of pop trio Kalafina and are planning a trip to Japan this spring, don’t miss the release of their new documentary film, titled ‘Kalafina 10th Anniversary Film ~Yume ga Tsumugu Kagayaki no Harmony’. The documentary will open in selected theaters on March 30th, and it will run for two weeks.

The documentary follows the girls closely for a period of half a year that leads to their 10th anniversary concert in Nippon Budokan on January 23rd, 2018. The film includes footage of their live in Toshogu shrine in Nikko, Tochigi prefecture, as well as material from a live held in Kofukuji shrine in Nara.

Member Wakana Ootaki commented the documentary in the press release, promising that the fans will see the real, current situation of the members. She also hopes that after seeing this documentary, Kalafina would fill the fans’ hearts a little bit more.

Kalafina was formed in 2007. Their original function was to record theme songs for ‘Kara no Kyoukai’ anime series. Since then, they have been associated with various other anime franchises, including ‘Puella Magi Madoka Magica’ and ‘Fate stay/night’. To date, they have released five full-length albums and a handful of compilations.