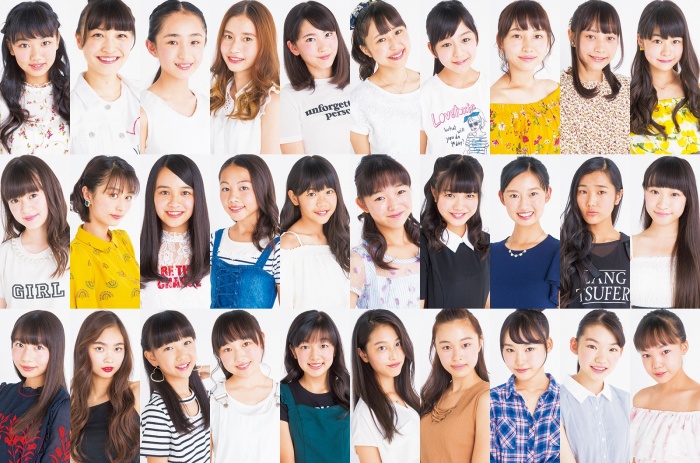 Entertainment magazine ‘Junon’ is famous for its ‘Superboy’ competition. The contest has been running for almost 30 years, and it has propelled many male celebrities to stardom, such as Teppei Koike, Shohei Miura and Junbei Mizobata.

Noticing the popularity of the contest, ‘Junon’ launched a female version of it a few years ago, titled ‘Junon produce Girls Contest’. The competition’s point is to discover a sparkling and shining fresh female star, similar to the male equivalents produced by the ‘Superboy’ competitions. The magazine wants to find someone who aims to revitalize the entertainment market. The 30 girls selected for the competition can be viewed on Modelpress.

The ten finalists will be revealed on the ‘Junon’ November issue, and the winner will be crowned in EBiS303, an event hall in Tokyo, on December 12th. The event will be hosted by Minami Takahashi, a former AKB48 member. Model Kumiko “Kumikkii” Funayama has been invited to be the guest of honor this year. Sonoko Inoue and lol will be performing.

The winner will receive 100 0000 yen (roughly 10 000 USD), a chance to appear in a film, TV drama and another TV show. In addition to those, the winning girl will be featured in ‘Junon’. She will also get to work in a CM and a fashion show.

The finalists from previous years are listed on the official contest website. The female contest hasn’t produced similar superstars as its male counterpart but one can find, for example,  Miyabi Matsuura on the website.