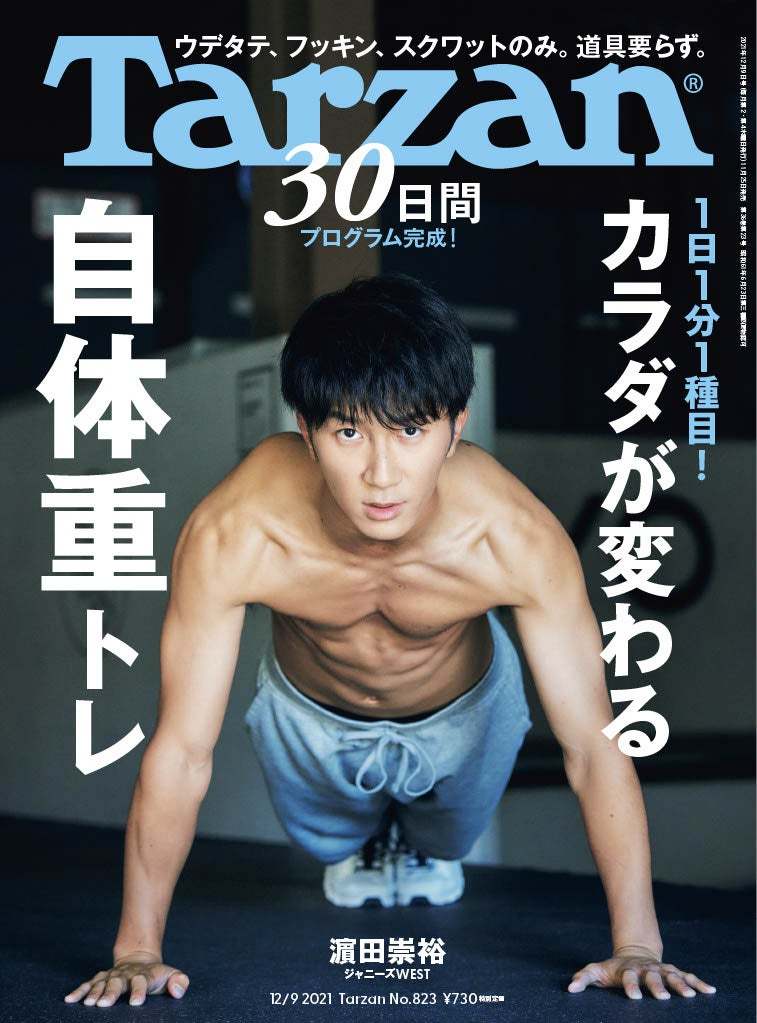 Johnny’s WEST member Takahiro Hamada is the cover boy for the 823rd issue of the fitness magazine Tarzan, out November 25.

Takahiro became a hot topic for the physical beauty he showed in the NTV drama “Bushi-stant Aisaka-kun!”, which aired this past summer. Even though the drama has finished, Takahiro is still keeping up with his home workouts, showing the results in Tarzan. In the magazine, Takahiro speaks of his “Hamada style weight training.” He looks to increase the thickness of his body by 5 millimeters to a centimeter, and wants to be told by those around him that he’s gotten bigger.

Check out Takahiro’s full cover below!