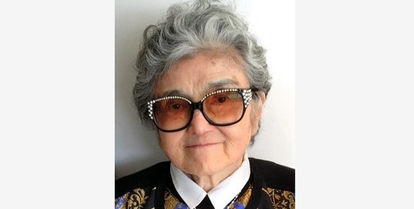 Mary Fujishima, honorary chairman of Johnny & Associates and sister of company founder Johnny Kitagawa, has died at the age of 93. The company announced that she died in a Tokyo hospital on August 14 of pneumonia.

Mary devoted her life to supporting the talents of her brother’s company since its founding in 1962. She saw both the talents and fans as family, and worked endlessly to nurture that bond.

In accordance to her final wishes, Mary’s funeral was open only to close relatives. There are no plans to hold a larger ceremony in the future.