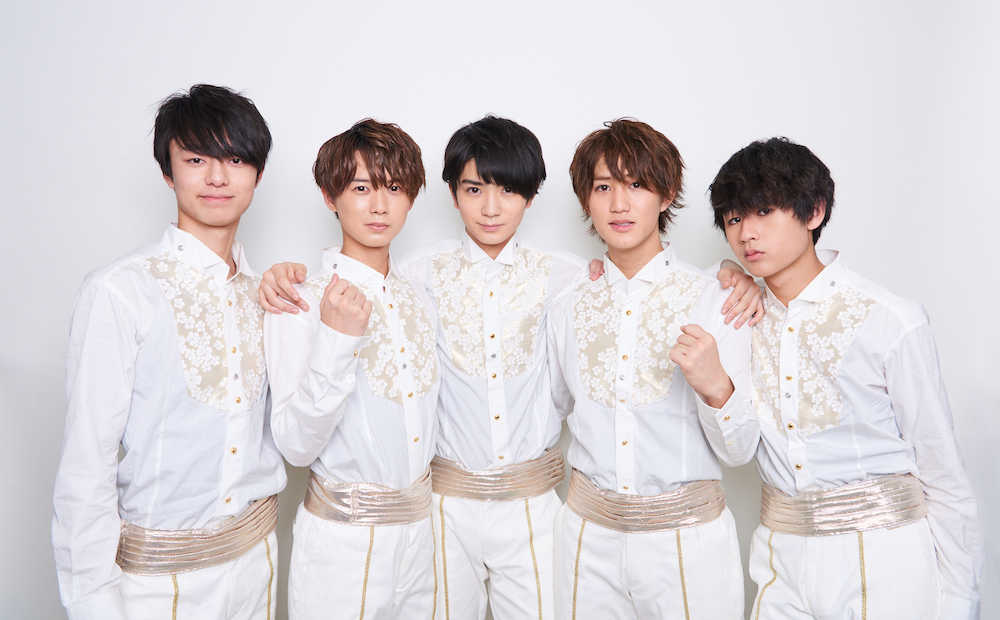 A month after lifting its ban on online images, Johnny & Associates now announced it will be opening up an official Youtube account.

The account is now open with an uploaded trailer. The channel info is both in Japanese and English with the description “All of Johnny’s YouTube content are available to viewers globally.”

Five groups will be appearing in the channel – Snow Man, SixTONES, HiHi Jets, Travis Japan and Tokyo B Shonen. Each group will be responsible for a day in the week from Wednesday to Sunday delivering content such as music activities and talk. Monday and Tuesday will showcase a project not bound by the framework of the group. The length of each program will be 5-20 minutes.

Johnny’s Jr. Channel features an array of contents including performance videos, behind the scenes footages, entertainment shows and exciting challenges. Something new with exciting content is posted almost every day so every audience including fans of Johnny’s artists and day-to-day YouTube viewers can enjoy the channel. Johnny’s official YouTube channel kicks off with self-nominated Johnny’s Jr. artists – HiHi Jets, Tokyo B Shonen, SixTONES, Snow Man and Travis Japan taking turns each day of the week to compete against each other for more audience views. All of Johnny’s YouTube content are available to viewers globally.

According to the office, “Johnnys Jr Channel”, has been discussed two years ago and was decided last summer. One of the main reasons for establishing the site is  to make people watch at the official site instead of watching illegally uploaded videos.

Flow of lifting of Internet ban of Johnny’s office

▼ April 2016 YouTube upload of videos including for movies and dramas

▼ April 2017 lifting of ban on promotional materials via SNS

▼ November 2017 Johnny’s WEST appeared in the original drama of “NETFLIX”.

▼ January 31, 2018 lifiting of the ban on online images thru a press conference held by Kanjani8 Nishikido Ryo 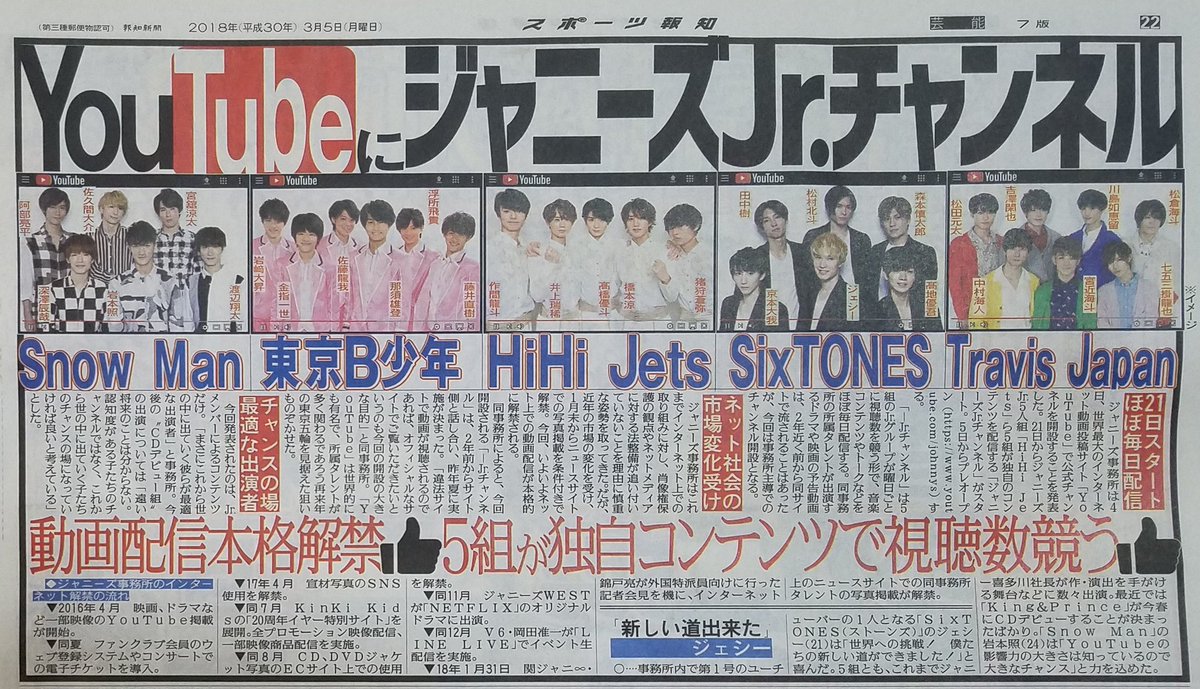