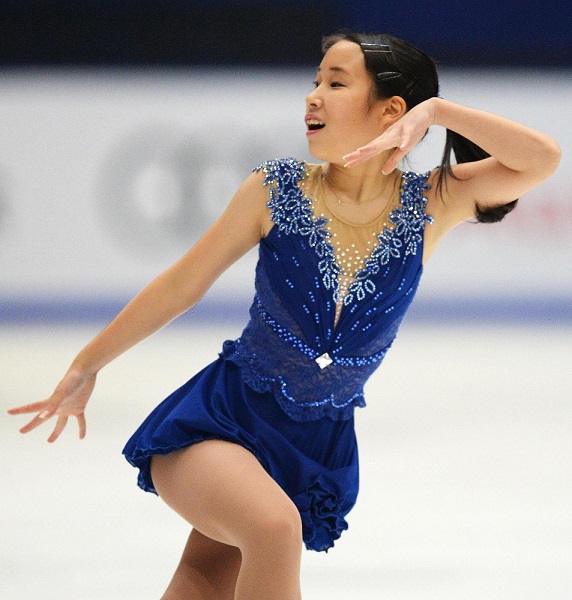 From November 18 – 20, this year’s Cup of China took place in Beijing. This was the fifth event in the International Skating Union’s 2016 – 2017 Grand Prix Series. Japan sent 2 skaters to this competition, neither of which finished in the top 3.

Mai Mihara finished in fourth place with a total score of 190.92, 1.65 points behind the third place finisher, Russia’s Elizaveta Tuktamysheva. This score is a new personal best for Mai. Mai’s short program received a score of 68.48, placing her in third place, 2.27 points behind Elena Radionova of Russia. This score is also a new personal best for Mai. She nailed a triple lutz-triple toe loop combination in the beginning of her program and landed a double axel and triple flip late on. She also received top marks for all three of her spins. “This is a score that I thought I’d never manage so I’m really happy,” said Mai, who bettered her previous personal best by 2.73. “I’m glad I ended with a smile. I won’t get satisfied and will skate through to the end.” Mai’s free skate was given a score of 122.44, placing her in fourth place, 1.36 points behind Canadian Kaetlyn Osmond. “It’s so frustrating not to be able to skate without making a mistake,” Mai said afterwards. “There’s a huge difference between third and fourth place. I just fell apart mentally.”

Rika Hongo finished right behind Mai with a total score of 181.75. Rika’s short program was given a score of 63.63, .73 points behind American Ashley Wagner. Rika was judged to had under-rotated a triple toe loop-triple toe loop combination, but made no other mistakes. She received the highest marks for all her spins and her step sequence. “It’s a bit frustrating not to reach 65, I had the under-rotation which I didn’t have in the previous tournament,” she said. Her free skate received a score of 118.12, 2.99 points behind American Karen Chen.