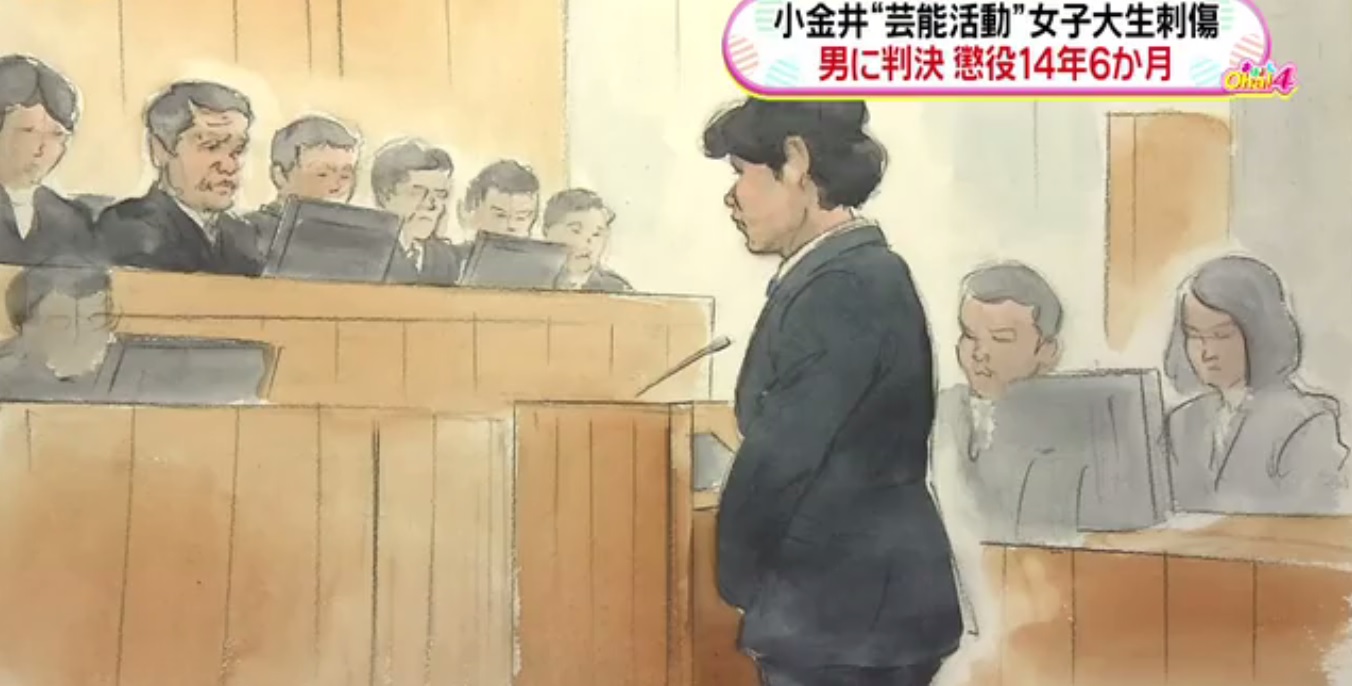 Iwazaki Tomohiro, who attacked the pop idol singer Tomita Mayu (21) last May, was sentenced in court yesterday. He received 14 years and six months of prison time for stabbing Tomita over 34 times.

The lawyer representing Iwazaki appeared in front of the judges, reassuring them that the suspect vowed that he will never be near Tomita ever again. The lawyer also voiced Iwazaki’s wish of wanting to become a proper human again.

Along with the sentence, the judges explained that they gave Iwazaki 14 years and six months as his crime was planned ahead and had evidence that there was a very firm intent to kill the victim. Furthermore, a 50-year-old lay judge serving on the case commented that there was a motion to have the case thrown out due to Iwazaki’s disorderly statements. However, it was the judge’s best interests to not to pursue it. He also mentioned that after hearing the victim’s opinions, seeing the brave singer constantly weep like a child, and realizing that she suffered considerable damage, the judge felt that Tomita showed resentment towards the suspect.

After the ruling, the singer sent her thoughts on the issue to her lawyer who read it in front of the press. Tomita wrote:

“On the day that I spoke for the first time about the experience in court, I couldn’t properly even speak as I felt remorse.  I had the feeling that I wanted to accomplish so many things even by whatever it takes. However, when I entered the courtroom and had to read my one-page statement in front of the suspect, fear rushed in and my voice didn’t come oui.  I was truly shocked when the suspect suddenly yelled [during my testimony]. It frighted me but I instructed myself that I can’t give up.

Nevertheless, the criminal only received a mere 14 years. He is walking on the other side of the fence. So, I am only feeling nothing but fear and anxiety.”