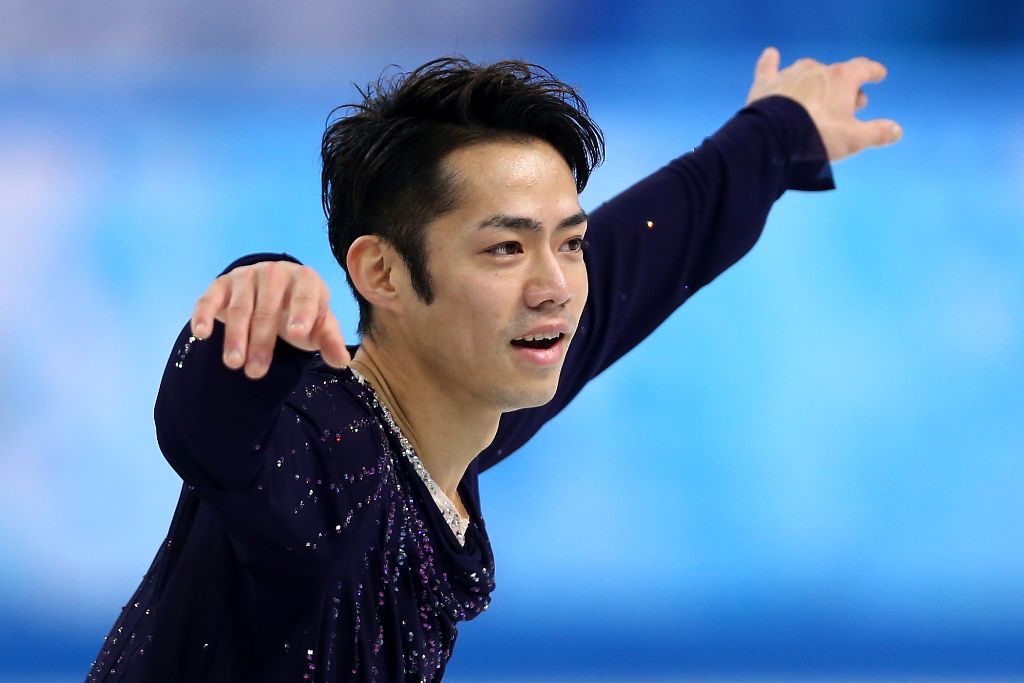 Daisuke Takahashi, who built his own era in the field of young male figure skaters and retired in October of last year, uploaded a picture of him and others participating in a New York gay parade on Instagram. This has turned into a topic among fans and on the internet.

Takahashi is currently studying abroad at Barnard College, close to the Central Park NYC and taking intensive English lessons. He updates his Instagram account about one to two times a week.
The picture that raised a hot public discussion was taken at the world’s largest gay event and depicts Takahashi with food fighter Takeru Kobayashi and others.

One of his female fans states, “He is popular among women for his wild appearance but sometimes it seems like he uses ‘onee’ words when he’s speaking… I imagined a lot when I was looking at the gay parade article…”

“Shuukan Josei”, serialized by Shufu to Seikatsusha Co., Ltd., directly approached his mother who lives in Kurashiki, Okayama Prefecture. She calmly responded, “Ah, that’s what it looks like. I’ve even heard it from one of his fans. I think he probably does things without thinking before. We’re saying things like ‘what an idiot’ at home.”

“The world of figure skating is a women’s domain. Even though he’s male, his way of speaking could as well have gotten girly without him noticing because of that. When Miki Andou and Mao Asada were asked about him, the both of them said while laughing, ‘That’s because he’s one of our equal, close friends!’
Asada’s mother, who passed away in December, 2011 furthermore said that Takahashi is ‘more than a man, he is family.’” (Figure skating staff)

Maybe Takahashi has already become a being that does not distinct between sexes.