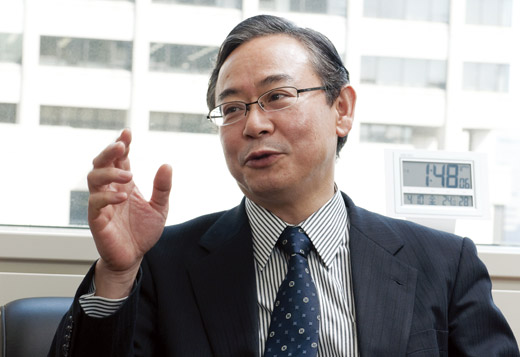 Since last month, there is huge speculation on the forthcoming Tokyo gubernatorial race on July 31 after Yoichi Masuzoe resigned from the post earlier in June over a political funds scandal. At that time, Shun Sakurai’s name came up as a possible candidate of the ruling Liberal Democratic Party’s Tokyo chapter. Sakurai just recently retired from his post as vice minister of Internal Affairs and Communications.

The LDP has been wooing Sakurai to run, banking on his vast contributions in telecommunications affairs and his popularity as the father of Sho Sakurai, a member of the popular idol group Arashi. A public polling conducted by the LDP this June showed that Sakurai was the most preferred.

For the third time however, Shun Sakurai rejected the candidacy. On the 15th, he publicly rejected his rumored candidacy but speculations were rife that he may be convinced once LDP formally asks him. On June 29, the Tokyo Chairman of LDP, Nobuteru Ishihara, held a meeting with Sakurai in a hotel to personally persuade him to run. The former bureaucrat once again rejected.

Former Defense Minister, Yuriko Koike announced her intention to represent LDP in the election. However, she fails to obtain support from the party, and this led Chairman Ishihara to organize a private meeting with Sakurai afterwards. “I feel greatly honored, but I’m afraid that this will, in many ways, trouble my family.”  According to Chairman Ishihara, Sakurai’s biggest concern is his family. The father of Japan’s national idol and newscaster Sho Sakurai who is active in political coverage stated “The name recognition is not mine, so this is not only about me. I will not change my mind.”

With Sakurai’s rejection, the LDP is now considering former Internal Affairs and Communications minister Hiroya Masuda as their candidate for Tokyo governor. The election campaign will kick off on July 14.

TV stations also expressed their concern when the issue came up. Aside from being an idol in Arashi, Sho Sakurai also works as a newscaster and this will be greatly affected if his father is in politics. He might have to step down. He is appointed as NTV’s official newscaster for the House of Councillors Election this coming July 10 and also the station’s main newscaster for the upcoming Rio Olympics in August.

Meanwhile, in other related news, it was reported that late last year,  Sho Sakurai purchased a 200 million yen piece of land together with a villa in Karuizawa as a “thank you for your hard work” present for his retired father. The elegant old mansion-styled villa was built in a popular location among elites, such as former Prime Minister Yukio Hatoyama and Softbank President Masayoshi Son.

The Sakurai family’s house in Tokyo is located in a quiet residential area of Setagaya. Chic Western-styled and a little bigger than the rest, it began to gain the press’ attention since Shun Sakurai’s name came out as the possible candidate for Tokyo Governor.