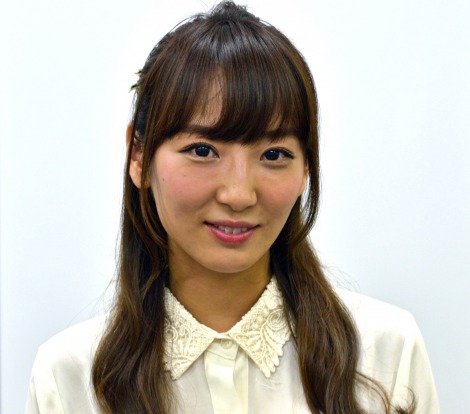 Popular idol group AKB48 is about to hit their 9th year since their theater debut. One of the 20 members who stepped on stage first was first generation member Yukari Sato (25). She was ranked #15 in the group’s first general election and immediately got moved to their ‘older sister’ unit SDN48.

Sato shares some behind-the-scenes information about her time in AKB48 and SDN48. Check out the interview below! 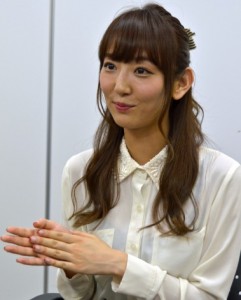 Interviewer: I heard that your life was pretty hard back when AKB first formed in 2005.

Sato: I worked at the McDonalds in front of Suidoubashi Station. I would get up in the morning and go there, finish up and head to my lessons, and I did that repeatedly for about half a year starting November 2005. I lived in the ladies’ locker room at the gym and I only brought one bag with me to Tokyo, so I didn’t have a futon at all. In the winter I laid out some cardboard for my bed and told myself that I would be warm. I got the cardboard from my old part-time job. So I just laid on that and wrapped myself in a coat and slept. My parents were wondering how their daughter was living so they came to visit me and said, “You’re living in this place?!” They were surprised. Finally they rented me an apartment in Nakano-shimbashi for 45,000 yen ($412 USD).

Interviewer: Did the other members know how you were living?

Sato: Strangers REALLY gave me anxiety back then, so in the beginning I wasn’t close with anyone. Later almost all of the members knew. I wondered if I should graduate from AKB and start living an ordinary life. Then, as soon as I made my break in AKB, they transferred me to SDN (laughs).

Interviewer: Just before the announcement that SDN48 would be formed in August 2009, you had entered senbatsu in AKB’s first general election (July 2009) and ranked in at #15.

Sato: Actually, I knew that I would be switching to SDN at the time of the general election. That morning my manager had told me. At the election event Mariko Shinoda was sitting in the seat right next to me and I asked her, “If I have to go to SDN, what should I do?”. She told me, “You absolutely can’t!”. It was a really complicated situation. I was really happy when they told me I ranked in at #15, but I remember giving my speech with mixed feelings.

Interviewer: How did you feel when they told you that you would be switching groups?

Sato: At that time we didn’t really know what SDN was going to be, we were just told that it was going to be a “sexy group”. Therefore, I thought we might have to wear thongs or our underwear, and pole dance. I had no idea what I was going to do. Up until then, I had always had the cute idol-like image, so that seemed really crazy to me.

Interviewer: What was your position in AKB in those days?

Sato: At first I was the rejuvenating one, but the second half of my time there I became the ‘touching’ and ‘joking’ girl. During every performance I would to an imitation of Ayumi Hamasaki and by doing that, they would cut my parts out of the video stream. Before every performance I would tell myself, ‘I will absolutely not do it again!’, but then Mari-chan (Shinoda) would get me to do it. And so once again I would get the cold shoulder and they would cut me every time. (laughs)

Interviewer: Before Rino Sashihara joined AKB, she was a Sato fan.

Sato: She told me she became a fan during our first ‘Music Station’ performance (June 2006) and that she bought my photobooks and DVDs. Even though we would be on stage together, she would say, “I’m such a huge fan, I can’t talk!” and “I can’t even take a picture right now!”. But when I see her now, she’s just like “Ah, thanks” (laughs).